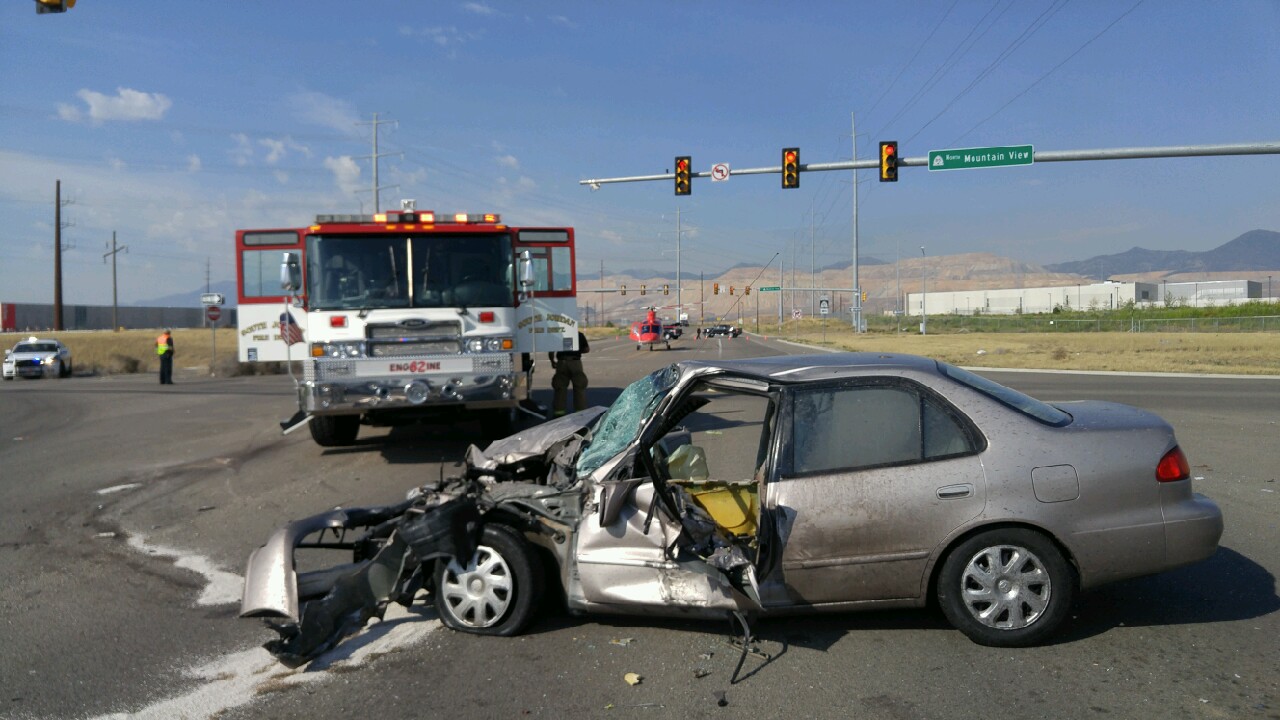 WEST JORDAN, Utah — A teenage girl is in serious condition after colliding with a truck on Mountain View Corridor Sunday morning.

The accident occurred at about 8:50 a.m. The victim, about 16 or 17 years old, was driving north when she collided with a truck traveling east in the intersection at 10500 South, said Sgt. Keith Bronson with West Jordan police.

Initial reports indicate the teen passed a bicyclist then failed to stop as she entered the intersection, and Bronson said witnesses reported the car was traveling against the light. Bronson said there was minimal traffic and the weather was fair, and he said there aren’t any indications alcohol or drugs were factors.

“It looks like, potentially, inattention,” Bronson said. “She may have been distracted by something going on inside her car or outside of her car, were not sure completely until we get an opportunity to talk to her.”

The teen, who was the sole occupant of the vehicle, was taken by LifeFlight to an area hospital in serious condition.

“She had some serious injuries, but I’m not sure exactly what they were,” Bronson said.

The driver of the pickup truck was walking and moving around, and Bronson said the driver had little-to-no injuries.