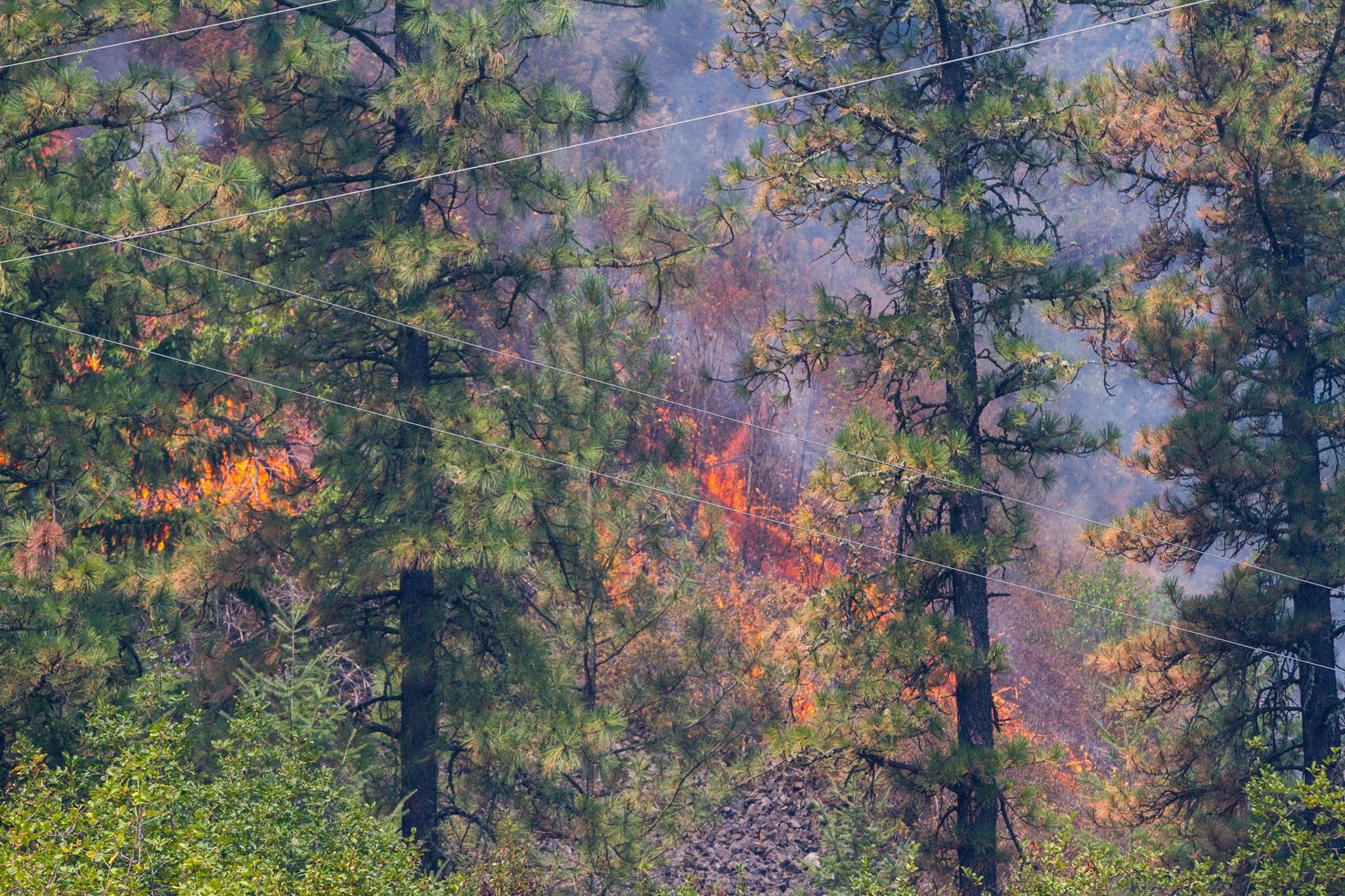 By Ralph Ellis and Laura Smith-Spark

(CNN) — Wildfires ravaged four Western states Sunday, with scores of homes and cabins lost, and many more menaced by flames.

In Idaho, the Soda Fire has covered 283,686 acres in Owyhee County, in the southeast corner of the state. The fire was 25% contained with 860 people working to bring it under control, according to the national fire tracking website InciWeb.

The Lawyer Complex Fire near Kamiah, in northwest Idaho, has destroyed an estimated 50 homes and 75 outbuildings, according to the state’s Department of Lands.

So far, it is 15% contained, with more than 770 people working to bring the flames under control. It includes the Old Greer, Kamiah Gulch, Lawyer 6 and Adams Grade fires, across a combined total of around 20,759 acres.

There have been no reports of death or injury as a result of the fire, authorities said.

However, Cheryl Lee Wissler, 70, of Adams Grade, died Friday when she fell and suffered a head injury while preparing for possible evacuation, said the sheriff’s department.

Wind-pushed fires around Chelan and McNeil Canyon, in central Washington state, burned 38,793 acres and were 30% contained Sunday afternoon, according to InciWeb.

An estimated 100 structures have already been lost, including homes and cabins in the four fires around Chelan, a town of about 4,000 people, according to Chelan County Emergency Management. No deaths or serious injuries have been reported.

Up to 1,500 evacuation orders are in place, and fire officials are scrambling to come up with a plan of attack.

According to InciWeb’s 1 p.m. ET update, 300 people are battling the Canyon Creek Complex Fire, which covers 34,143 acres in eastern Oregon.

Homes have been lost and crews are doing structural assessments now to figure out how many.

“There are challenges getting immediate assessments due to the inaccessibility caused by burnt out wooden creosote bridges, rolling rocks, and hazard trees,” state fire marshal officials said in a statement.

The fire was caused by lightning.

About 1,000 miles to the south, in California’s Angeles National Forest, the Cabin Fire started Saturday. By Sunday afternoon, it had burned 1,448 acres and was 20% contained, according to InciWeb. Five structures have burned down.

Ten firefighters were evacuated with minor injuries and 639 personnel are on scene, InciWeb said.

The fire is south of Falling Springs off Highway 39, which is closed in the affected areas for the rest of the weekend.

The National Weather Service has issued a red flag warning for parts of California, where four years of historic drought have made it easy for flames to spread.