MIDVALE, Utah -- A semi-trailer that was carrying hay caught fire at a Midvale TRAX station Wednesday morning, and a woman was taken into custody in connection with the blaze.

Amber Barlow, 32, was booked into the Salt Lake County Metro Jail on an arson charge.

Officials from the Unified Fire Authority and Unified Police responded to the scene, at 7800 S. State St., around 4:15.

"The fire's pretty much out at this time. PD does have a suspect in custody and they're questioning her at this time," said Captain Tua Tho, Unified Fire Department.

TRAX trains are still operating, but the incident could affect people who want to use the Midvale TRAX station Wednesday morning.

Fire officials said the hay was placed at the station to mitigate construction noise. 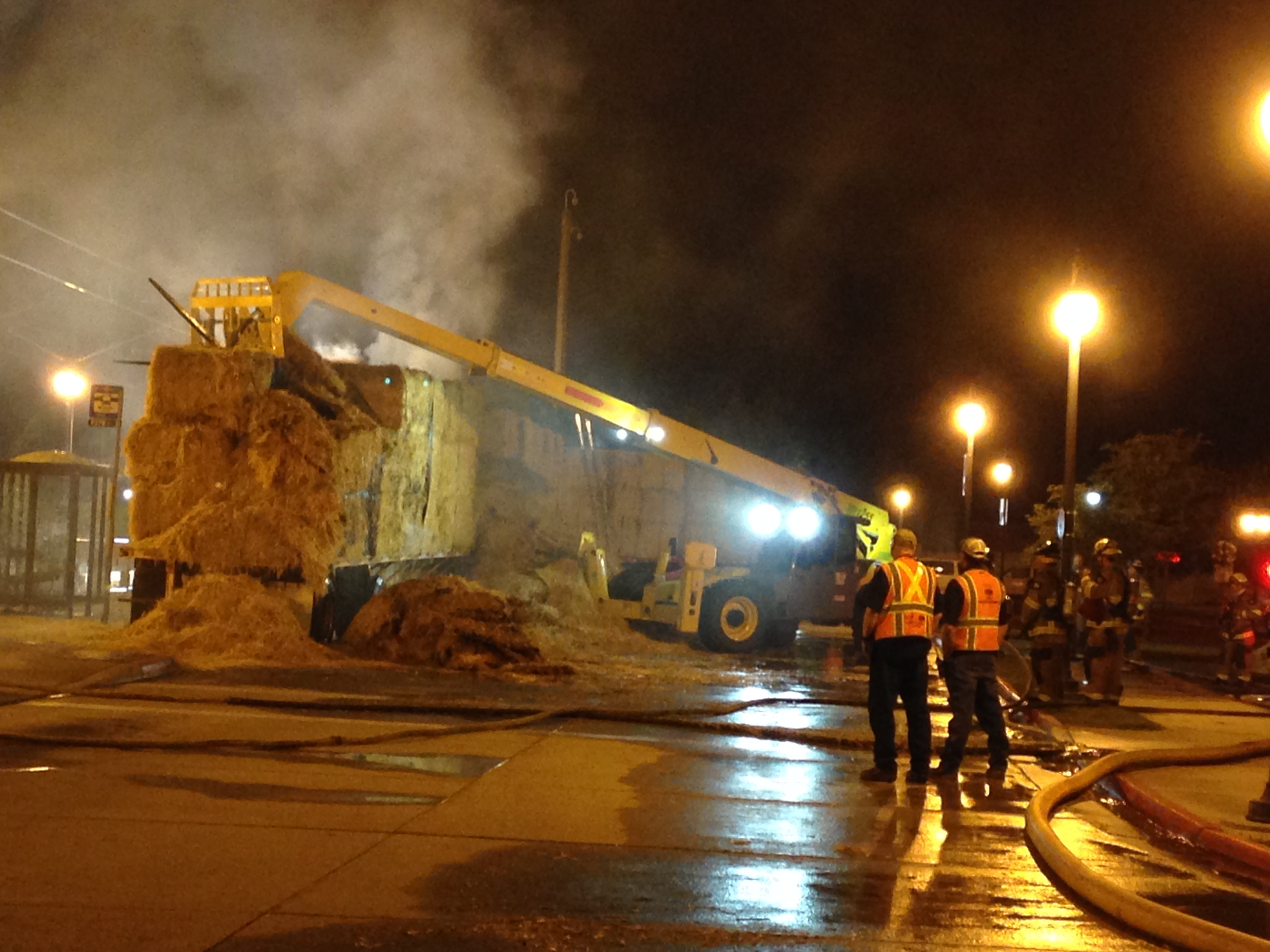