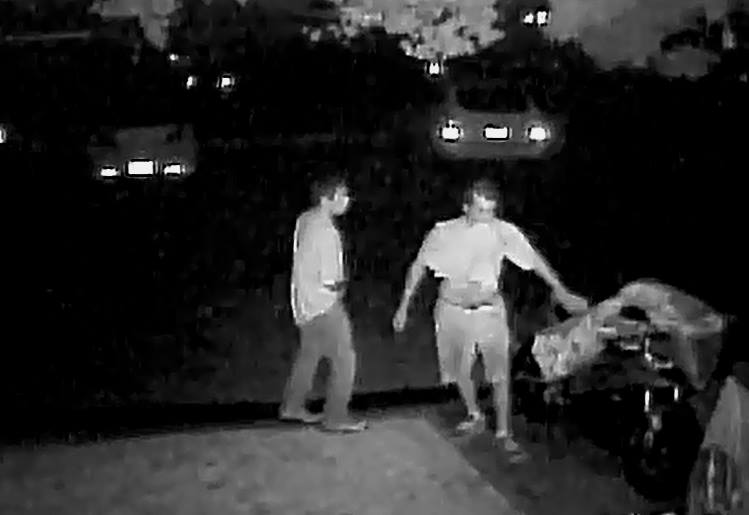 ST. GEORGE, Utah — Police in southern Utah are asking for the public’s help finding two motorcycle thieves, and officials have released surveillance images of the suspects.

The men can be seen in several pictures taken from security camera footage.

The stolen motorcycle is a 2016 Yamaha.

Anyone who recognizes the suspects or who has information about the alleged theft is asked to call St. George PD at 435-627-4300. Tipsters should reference incident number 15P019623.