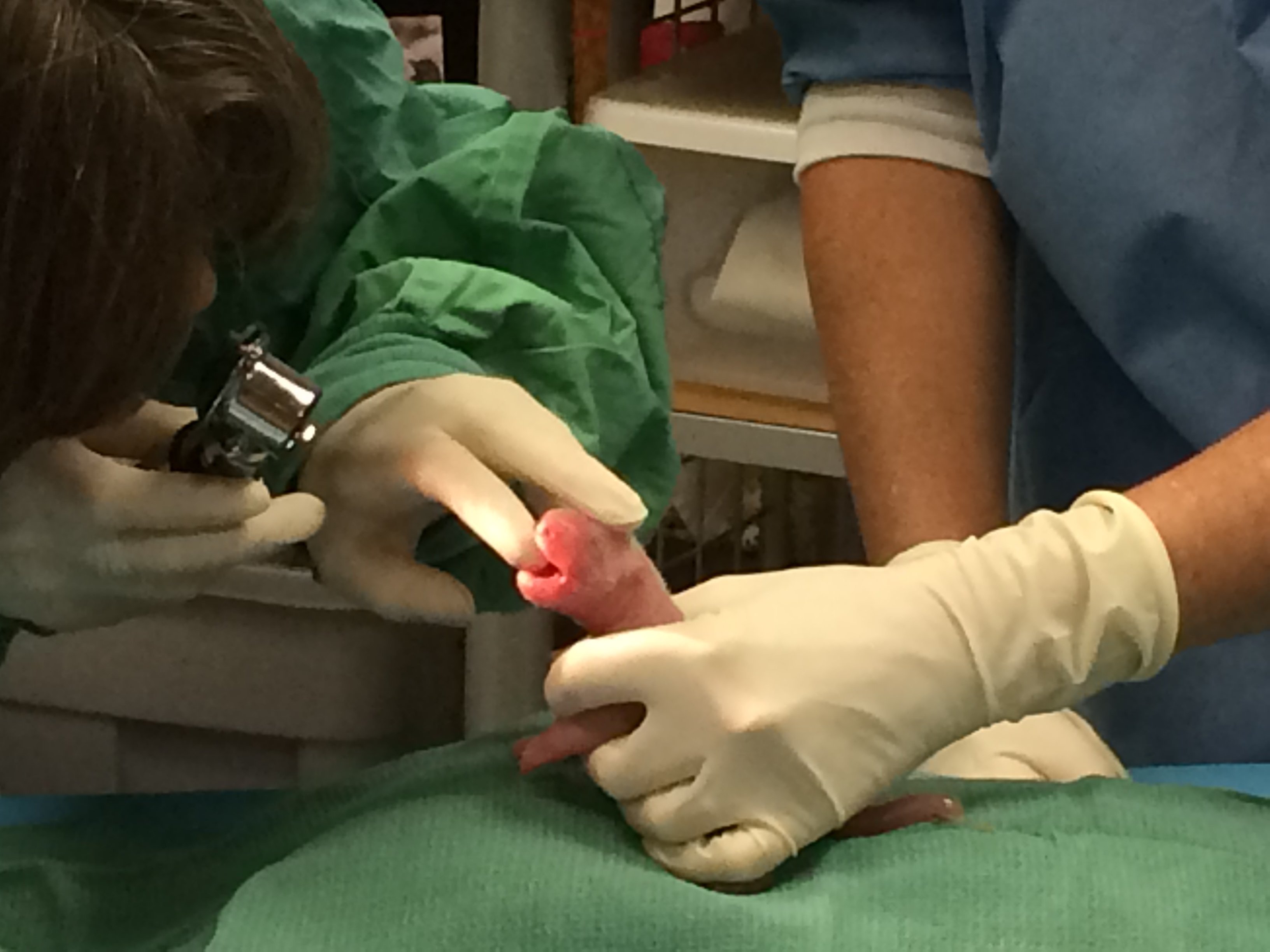 “The panda team began preparing for a birth when they saw Mei Xiang’s water break at 4:32 p.m., and she was already having contractions. The sex of the cub won’t be determined until a later date,” the zoo said in a news release.

Zoo officials said the first cub is vocalizing and appears to be in good condition.

“The cub is vulnerable at this tiny size but we know Mei is an excellent mother,” zoo director Dennis Kelly said.

Experts will perform a neonatal exam on the newborn cubs after they retrieve them, which may take a few days.

Mei Xiang was artificially inseminated in April using semen from a giant panda in China as well as Tian Tian, who lives at the zoo. A DNA analysis will determine who the father is.

She has two surviving cubs — Tai Shan, born a decade ago and living in China, and Bao Bao, who is 2 and lives at the zoo.

When Bao Bao turns 4, she will be sent back to China.