WEBER COUNTY, Utah -- A man and his young daughter were killed and the children's mother and the couple's other daughter both suffered critical injuries Sunday in a crash on I-15 in Weber County that occurred when a car rear-ended a vehicle that had stopped as Utah Highway Patrol troopers performed a "slow down" to remove debris from the roadway.

According to the Utah Highway Patrol, the crash occurred at about 5:23 p.m. on northbound I-15 in the vicinity of mile post 340.

UHP Troopers were performing a "slow down" to remove debris from the road. UHP states: "A slow down is where a marked unit(s) with lights and sirens moves back and forth across all lanes of traffic. This holds traffic back and creates a safe zone for another trooper to run into traffic to remove the hazard."

A Mazda passenger car was stopped behind a semi-trailer for the slow down, and a Chevy passenger car rear-ended the Mazda--pushing it into the rear of the semi.

Capt. Mark Zesiger, Utah Highway Patrol, said they are trying to determine why the driver of the car hit the stopped vehicle.

"We are in the process of interviewing [the driver], we are looking at all possible contributors--whether that be distracted driving, impaired driving or inattentiveness," Zesiger said.

Officials confirmed the victims in the Mazda are a family of four: A father, mother and two children.

Both of the children were transported via medical helicopter. It was not clear if the woman  was driven or flown to the hospital for treatment.

A dog riding in the Mazda suffered fatal injuries in the crash.

While several lanes of northbound I-15 and one lane of westbound I-84 were closed for several hours due to the crash, all traffic lanes had reopened by about 8:45 p.m. 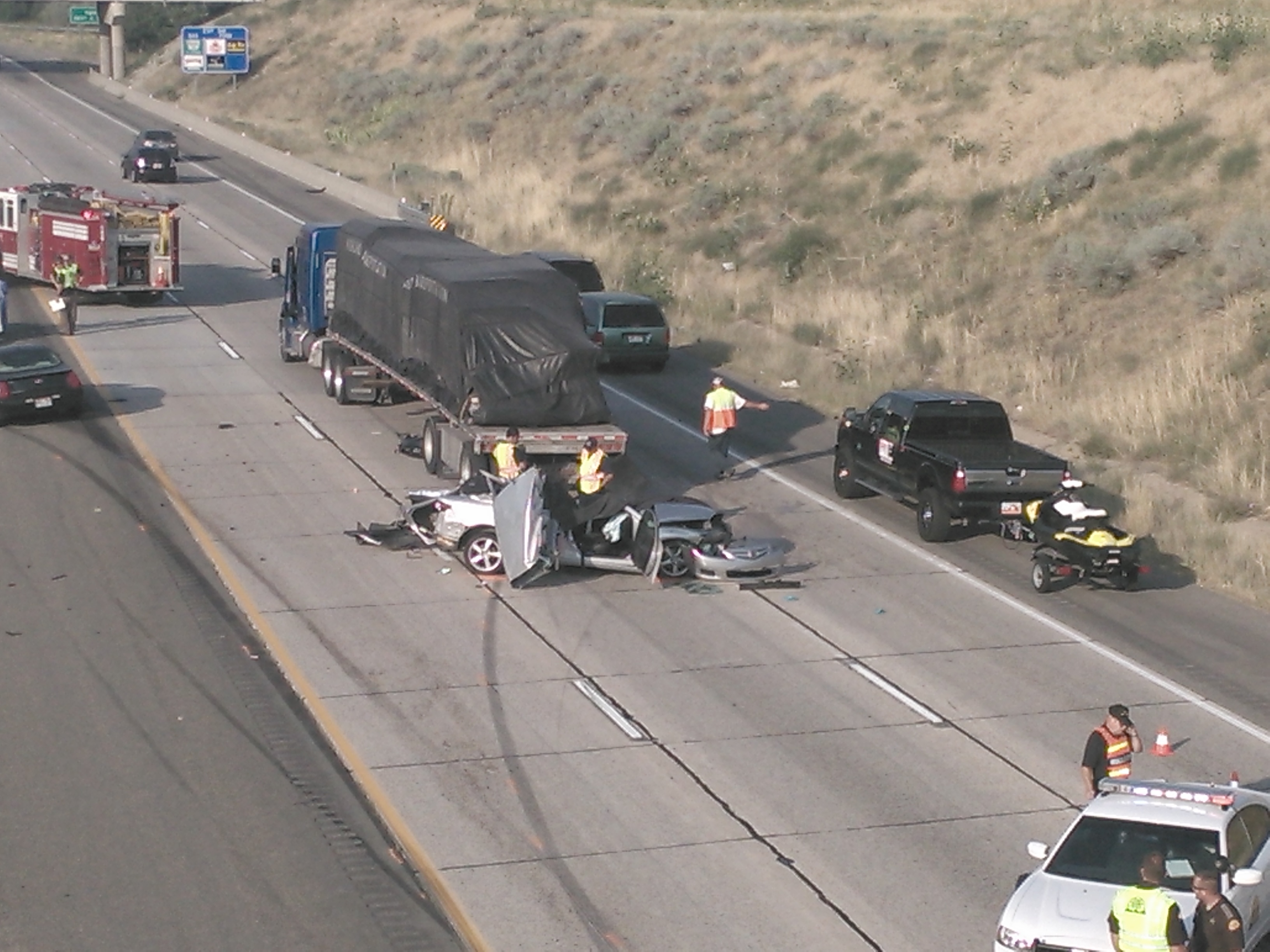