One dead after 2-vehicle crash; car fire shuts down lanes of SB I-15

PLEASANT GROVE, Utah -- One person was killed in a two-vehicle collision that occurred on I-15 near Pleasant Grove Sunday, and one of the vehicles caught on fire after the crash--which resulted in lane closures on southbound I-15.

According to information from the Utah Highway Patrol, the crash occurred Sunday afternoon around 2:28 p.m. at mile post 275 on southbound I-15 in Pleasant Grove, and one of the vehicles caught fire after the crash.

"One person was deceased at the scene and a second was transported to a nearby hospital," UHP stated in the release.

The crash occurred when a Toyota FJ Cruiser heading southbound collided with the rear of a van that was parked in the right-hand emergency lane. The van caught fire after being struck, and it traveled across I-15 and came to rest in the left-hand emergency lane against the wall.

The occupant of the van suffered fatal injuries and the driver of the Toyota was taken to a nearby hospital.

All southbound lanes of traffic were briefly stopped in the area as crews responded to the fire, but just before 2:30 p.m. traffic was moving in several southbound  lanes and the fire appeared to be out. The burned vehicle appeared to be in the HOV lane, and that lane and at least one other were still at a stop as of 2:30 p.m. and still stopped as of 3:50 p.m.

FOX 13 News' Robert Boyd was at the scene Sunday, see the video above for his live report.

FOX 13 News viewer David Haller sent several photos of the burning vehicle, see the gallery above for those shots. 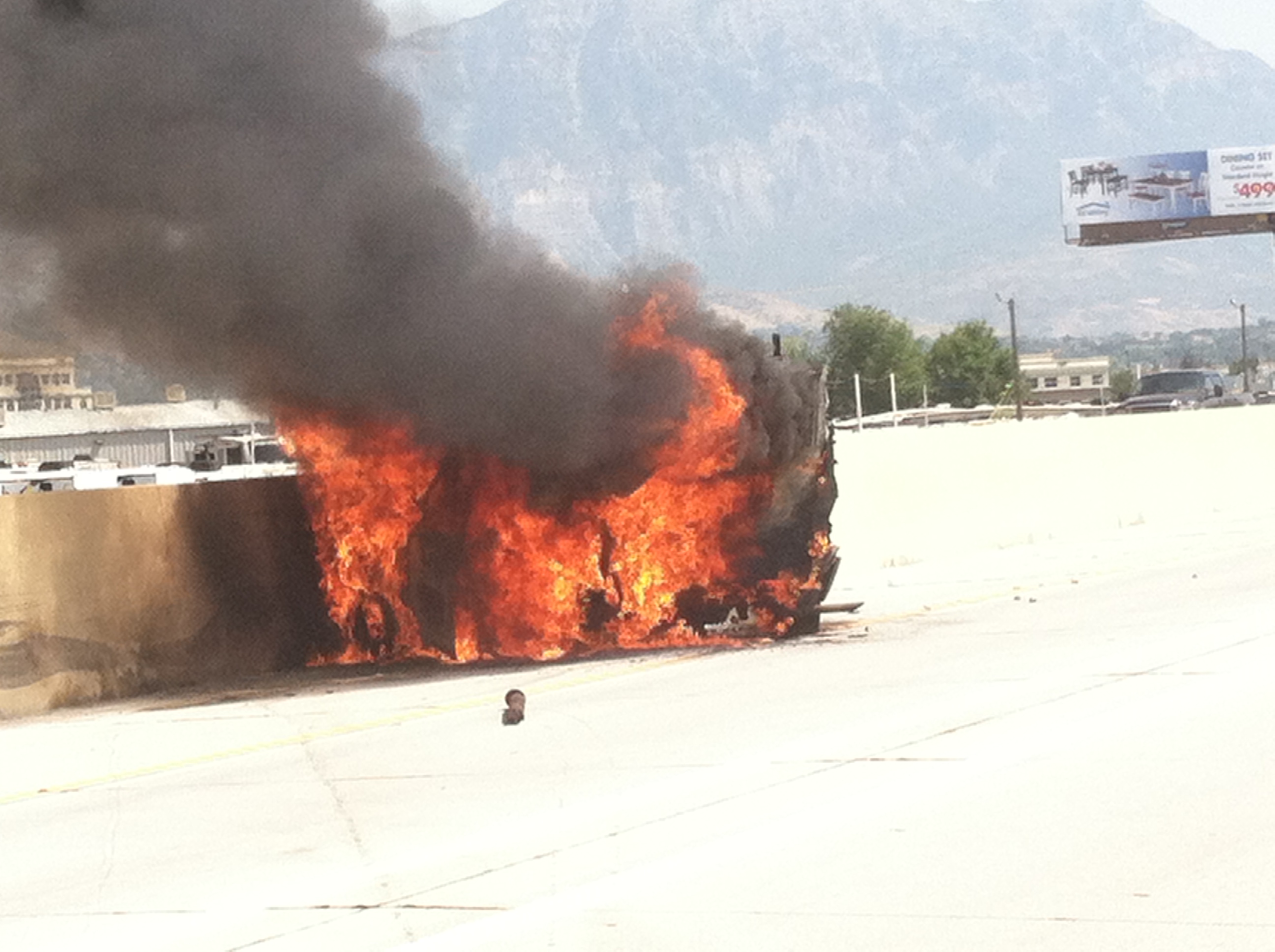