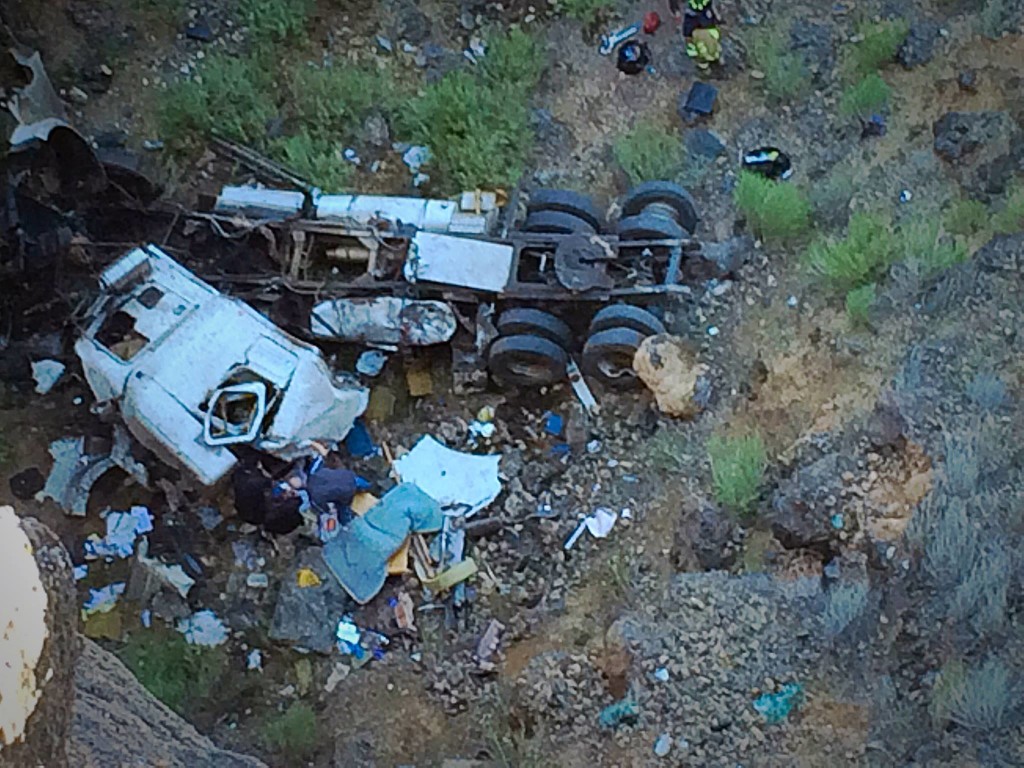 HURRICANE, Utah – Officials are investigating after a semi truck went off a cliff and fell 200 feet down into a ravine in Hurricane.

Hurricane police said one person was killed in the accident near 450 N. and 300 E.

Orange cone and markings show accident reconstruction where a semitrailer went over the side of Hurricane Hill in a westbound direction near the Hurricane Hill Trailhead on state Route 59. Hurricane, Utah, Aug. 27, 2015 | Photo by Kimberly Scott, St. George News

The St. George News said officials aren’t sure when the semi went off the cliff on Hurricane Hill but believe it was some time in the last five days.

Police said someone parked on top of Hurricane Hill noticed the semi below Thursday and called authorities.

Search and rescue crews are on scene.

Officials have not confirmed the identity of the victim at this time.