Traffic stop in Summit County nets more than 26 pounds of pot, about 143 grams of ‘Dabs’ 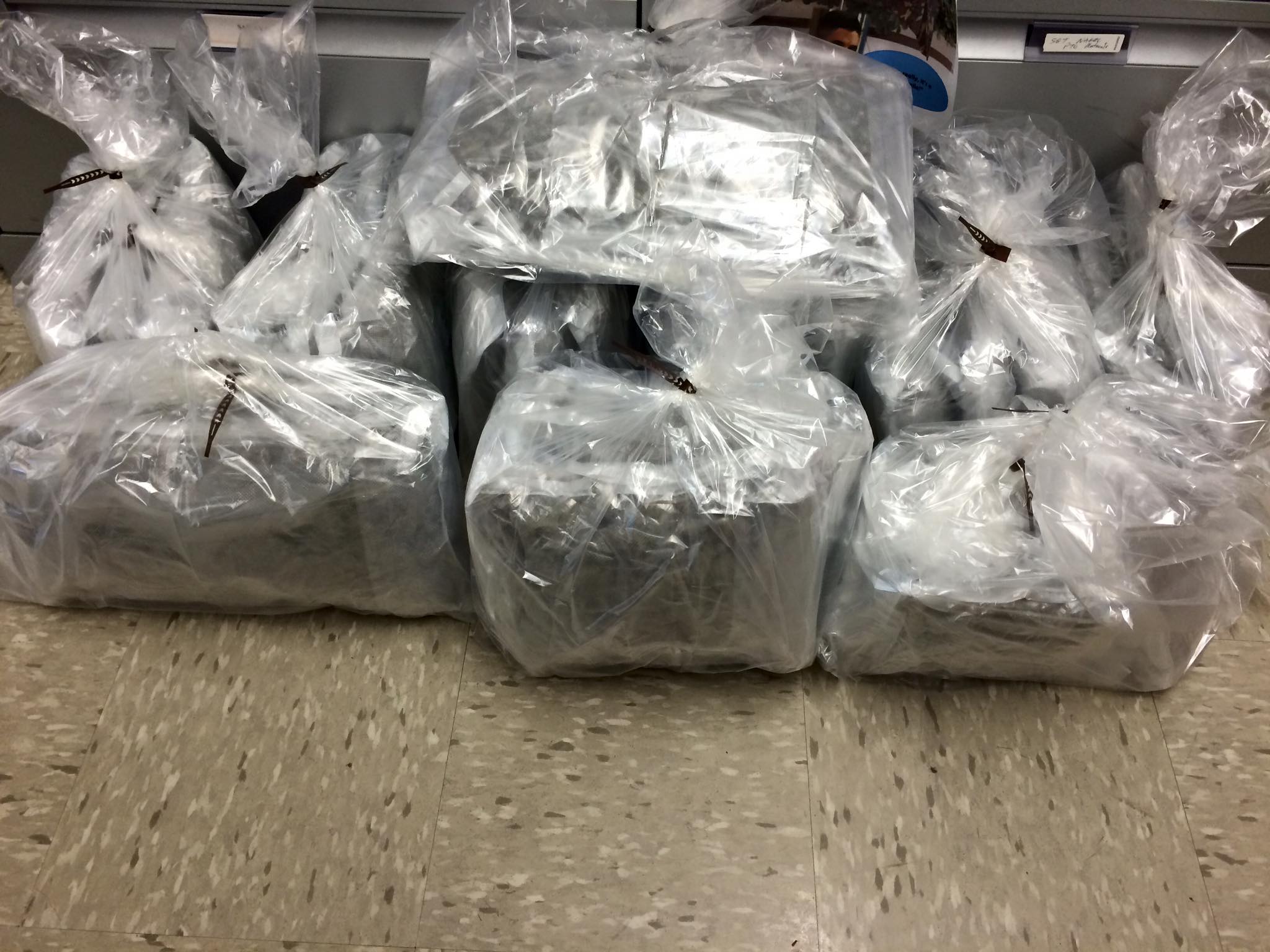 SUMMIT COUNTY,  Utah — Police in Park City making a traffic stop found more than 26 pounds of marijuana and 143 grams of of a concentrated hash substance called “Dabs” after a K9 indicated on a vehicle, and two suspects have been booked into jail.

According to a post from the Park City Police Department made Thursday, an officer pulled a vehicle over on eastbound I-80 near mile marker 170 during a highway interdiction shift.

A K9 positively indicated there was suspected contraband in the car, and a search revealed more than 26 pounds of marijuana and about 143 grams of Dabs, which police described as being a hash concentrate.

Two out of state male suspects who have thus far not been identified were booked into the Summit County Jail.