One dead, one injured after father and son riding motorcycles crash on I-84

MORGAN COUNTY, Utah -- A father and son riding motorcycles on I-84 in Morgan County crashed as they took a curve Sunday, and the father was killed while the adult son suffered minor injuries.

According to the Utah Highway Patrol, the crashes occurred at about 4 p.m. as the westbound pair took a curve in the road near mile post 108.

Keith Rash, 53 of North Ogden, drifted off to the right of the road and struck a guardrail. Rash was thrown across the lanes to the left and landed in the left shoulder of the road. Rash died due to his injuries, and troopers said he was not wearing a helmet.

Christopher Rash, 36 of Ogden, laid down his motorcycle and suffered minor injuries.

Police said the pair are father and son.

Two other cars crashed as they swerved to miss the motorcycles, though no other injuries were reported.

UHP states westbound I-84 is closed at Taggart's, and it is expected to remain closed until 7:30 p.m. Traffic is being diverted off the westbound off-ramp and then back on again at the westbound on-ramp 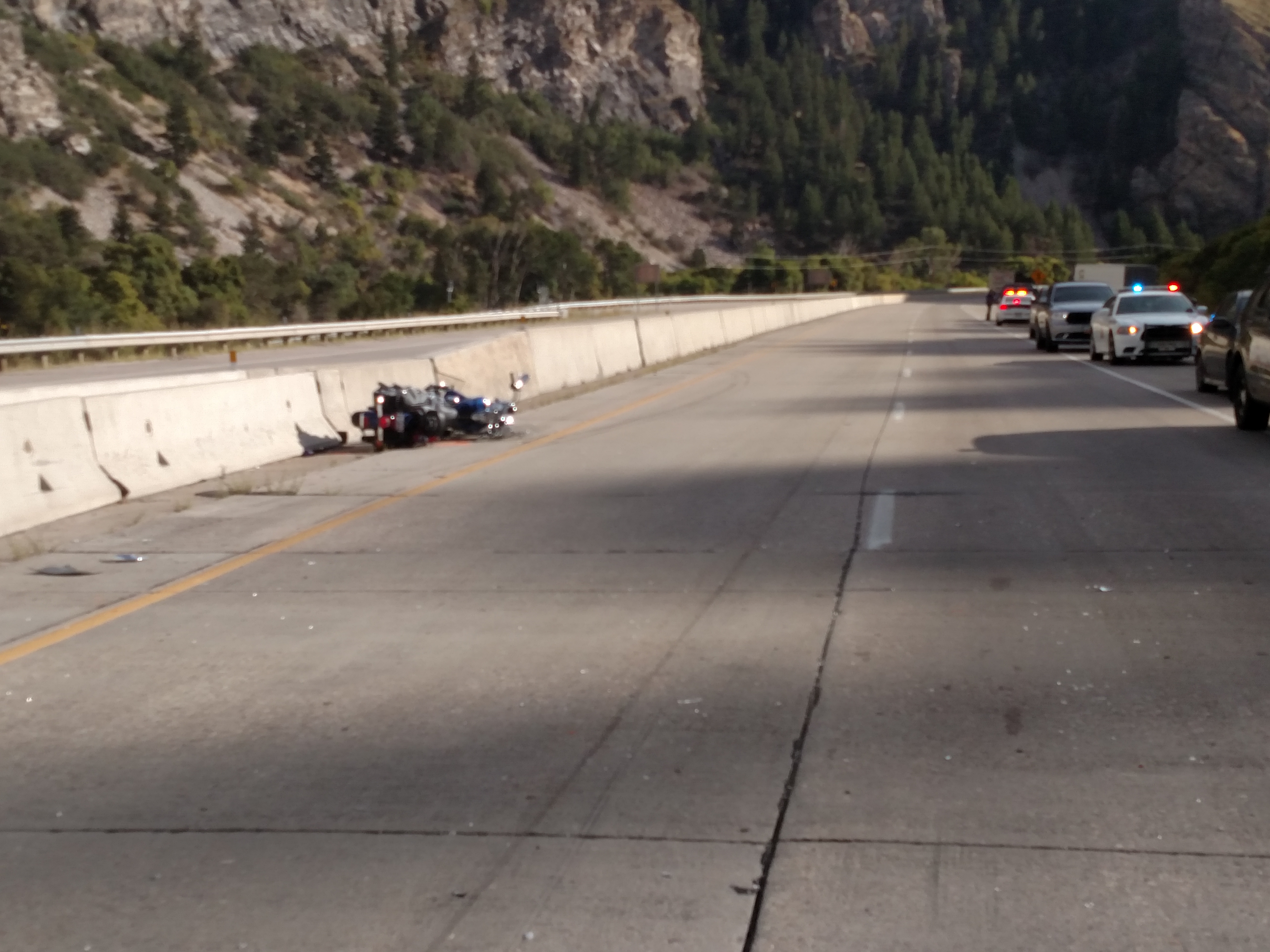