MURRAY, Utah –  An 11 year-old girl was found Monday after going missing in Murray on Sunday.

Murray police tweeted Dahlia Seher was located and thanked everyone who helped in the search.

Dahlia Seher has been located. We would like to thank everybody for their help.

Dahlia went missing at about 12:45 p.m. on Sunday. The family set up a search headquarters at the parking lot for the Boys and Girls Club of Murray on the north west side of Murray Park by the baseball diamond. 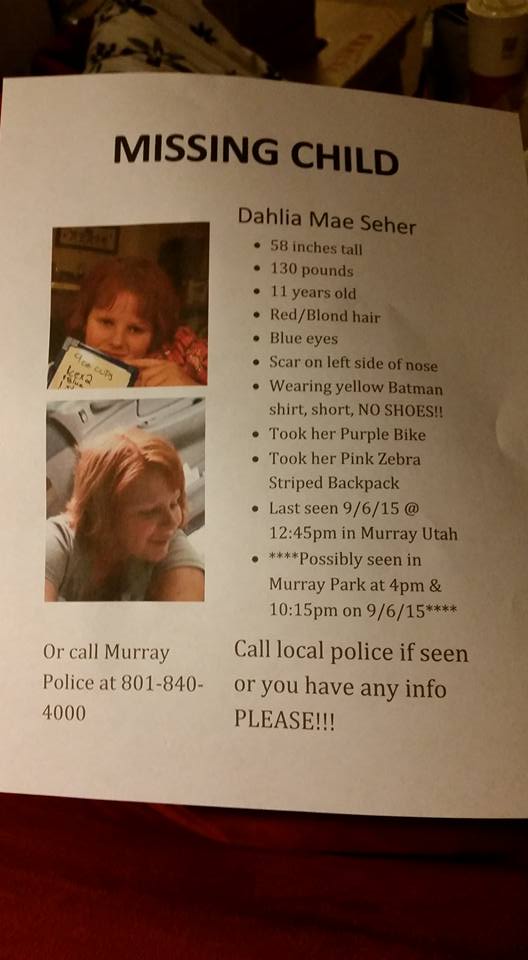