MIDVALE, Utah - Authorities have a fugitive in custody after the suspect crashed a car through a Midvale home.

Police said Marcus Melvin will be heading back to prison for a whole host of felony charges after a series of bizarre events Thursday morning.

It was a very scary and dangerous scene and the residents say they are lucky no one inside was injured.

You can see that the vehicle is lodged all the way inside of the home.

Police said the incident that ended with the car inside the house started about 3 a.m. when a Unified Police K-9 officer spotted a suspicious vehicle near 7800 S. Redwood Rd.

The Toyota's license plate came back as stolen and the officer tried to pull over the car but the driver took off, eventually getting onto I-215.

Cops called off the chase because of a construction zone on the freeway but the driver kept on going.

He later got off at the State St. exit and sped down a side street in Midvale, which ends with the option of going left or right.

But the driver kept going straight and wound up plowing the car through a home and then running from the wreck.

Police arrested two others who were in the crashed car.

And the accident isn't the first time this has happened to the family.

Officials said this is the third time Steve Carpenter's house has been hit with a vehicle.

The first time was a fire truck, the other time by a motorcycle.

Now they have to deal with the costly cleanup and reconstruction but he's just glad no one was hurt.

As for Melvin, he ran but didn't get far.

Carpenter later found the suspect in his garage.

Melvin tried to run again but officers arrested him at a neighbor's home nearby. 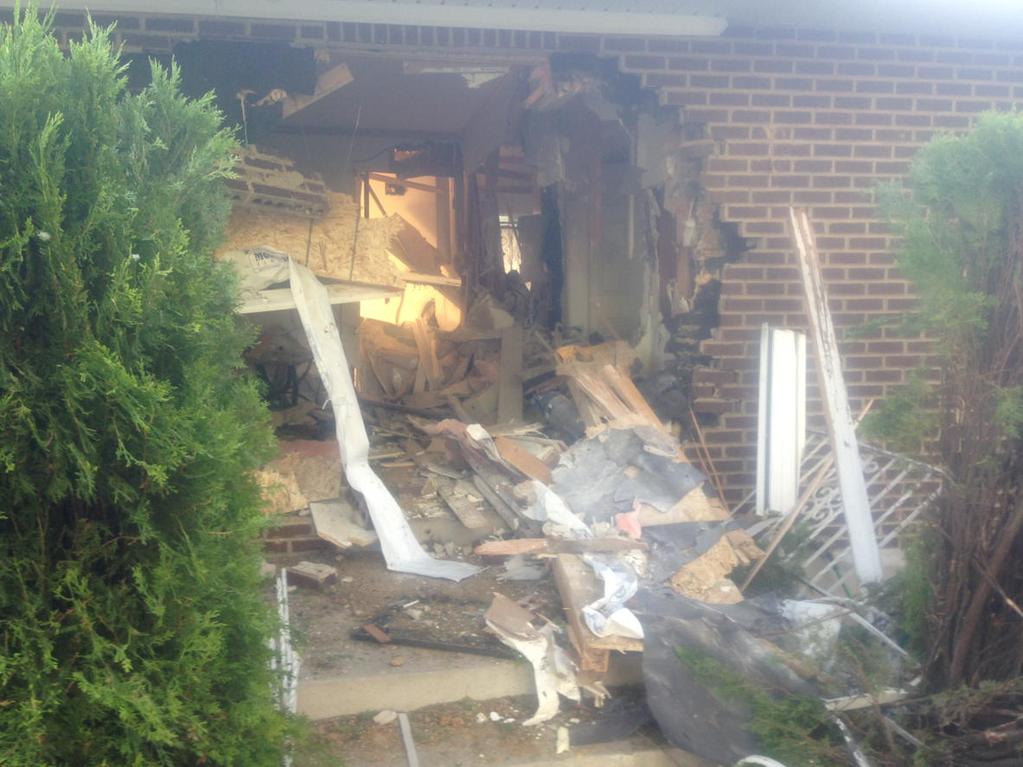