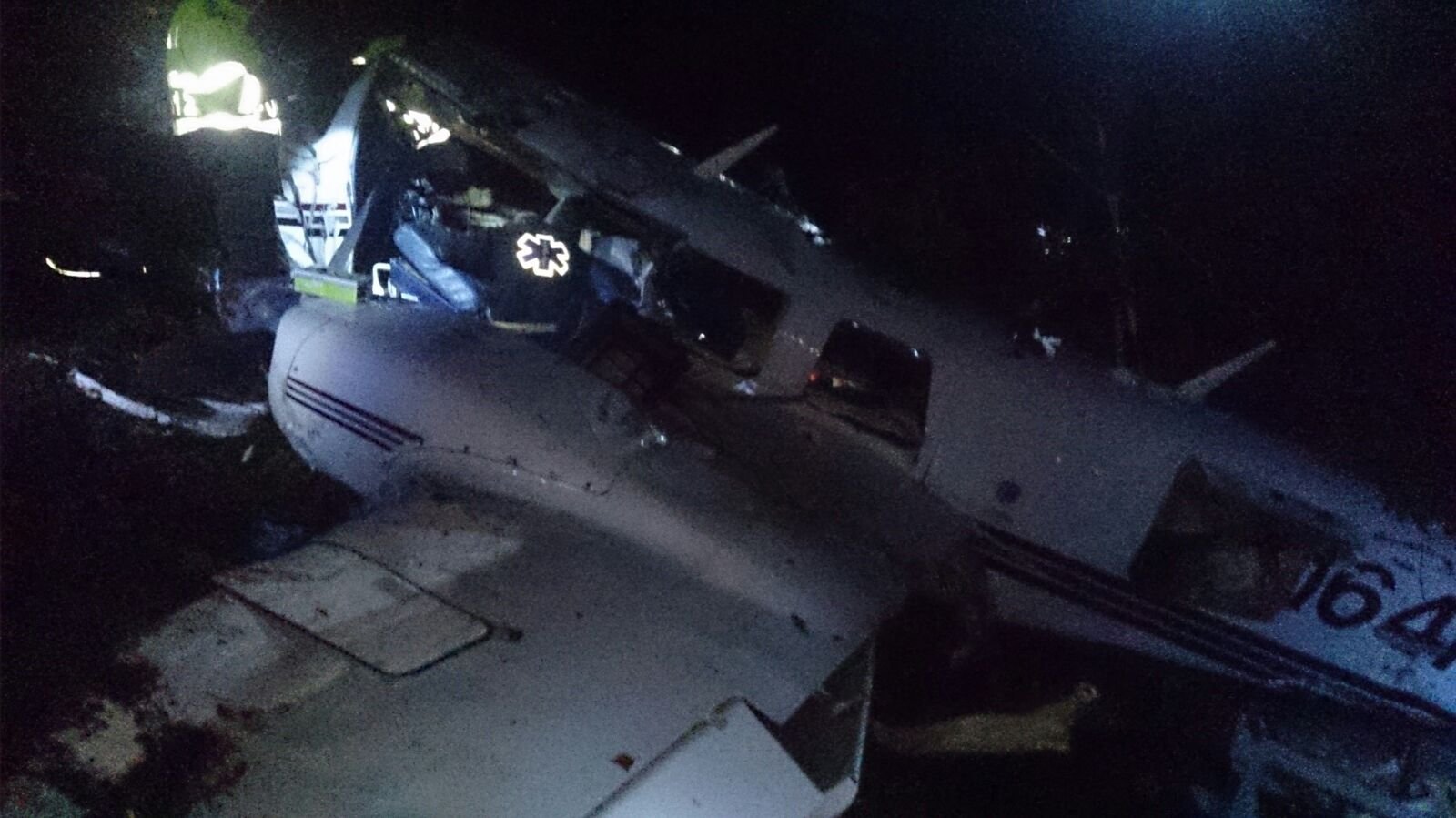 (CNN) — A small plane carrying crew members from a Tom Cruise movie crashed Friday in foggy and cloudy conditions in the Colombian mountains, killing two people aboard, including a prominent Hollywood stunt pilot.

The crew members had just wrapped up work on the new film “Mena,” Universal Pictures said in a statement.

“On behalf of the production, our hearts and prayers go out to the crew members and their families at this difficult time,” the statement said.

Purwin wrote about working with Cruise two weeks ago, saying on his Instagram page that he was “pushing the envelope in every way. Working on a super interesting, true story film with Tom Cruise.”

Purwin and the other person killed in the crash were listed as pilots aboard the twin-propeller plane, the aviation authority said.

The only person to survive the crash was Yimmy Lee Garlam, who suffered injuries to his legs, arms, face and chest, according to the authority and San Pedro de Los Milagros Fire Department.

Garlam was taken to Pablo Tobón Uribe Hospital in Medellin and was in stable condition, according to fire and aviation officials.

Cruise and his representatives weren’t immediately available for comment.

A “pioneer” and “committed philanthropist”

As a stunt pilot, Purwin provided dramatic aerial footage for TV and for films such as “Transformers,” “Pearl Harbor,” and “Pirates of the Caribbean,” his company said.

His Hollywood credits began in 1984 with the TV series “Airwolf,” his company said.

“Alan was both a pioneer in the film industry and committed philanthropist,” said CEO Steve Gatena of Shotover, where Purwin was chairman. The firm provides gyro-stabilized camera systems.

“His legacy includes many feats such as, conducting the first vital organ transplant mission in Los Angeles, supporting the first response rescue efforts in the wake of Hurricane Katrina, and being the only American Hollywood movie pilot to fly throughout the People’s Republic of China,” Gatena said in a statement.

Purwin also appeared in cameo roles as a pilot in many productions, including the films “Jurassic World,” “Zero Dark Thirty” and “Indecent Proposal.”

The plane was owned by Heliblack LLC, which lists Purwin as an officer and registered agent, according to FAA and California records.

“There are no words that can express our heartache for we have lost one of the world’s greatest helicopter pilots and one of aviation’s greatest leaders,” Gatena added in a statement.

Purwin’s plane, an Aerostar Piper 60, crashed in the town of San Pedro de los Milargros in the region of Antioquia, the aviation authority said.

The plane departed the Olaya Herrera Airport in Medellin, and the last contact was 3:22 p.m. local time Friday, the authority said.

The plane could fit up to eight passengers, she said.

The cause of the crash is under investigation, the authority said.

Starring Cruise, “Mena” is based on the life of drug pilot Adler Berriman “Barry” Seal, who’s recruited by the CIA and “soon finds himself in charge of one the biggest covert CIA operations in the history of the United States that spawned the birth of the Medellin cartel and eventually almost brought down the Reagan White House with the Iran-Contra scandal,” Cross Creek Pictures said.

As a drug smuggler turned informant, Barry Seal was eventually killed in Baton Rouge, Louisiana, and a federal report said his killing was carried out on behalf of the Medellin cartel. Three Colombian nationals were convicted in his killing and were sentenced to life without parole, according to news accounts.