Two injured after driver blacks out, SUV crashes through wall of home 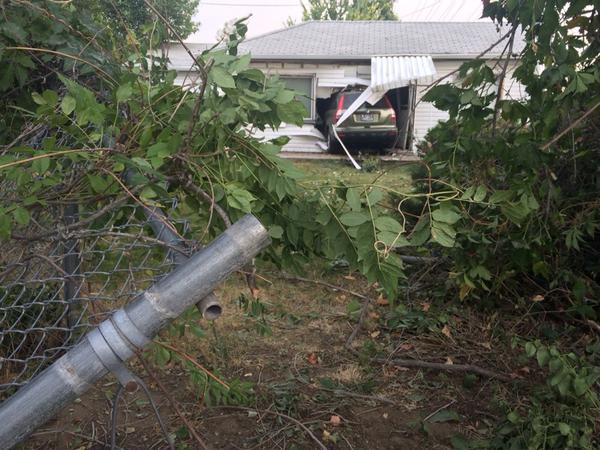 COTTONWOOD HEIGHTS, Utah — Two people suffered injuries described as not being life-threatening Sunday afternoon when a driver who apparently suffered a medical issue veered off the road, drove through a fence and ultimately sent an SUV through the wall of a home in Cottonwood Heights.

The crash occurred at a home in the area of 2300 East and Bengal Boulevard Sunday evening, and the driver of the vehicle as well as an adult male who was inside the home were taken to a hospital. FOX 13 News first heard reports of the crash just before 6 p.m.

Police at the scene said both men suffered injuries that are not life-threatening, but specific details about the nature and extent of their injuries were not immediately clear.

Authorities tweeted that the damage from the crash has made the home uninhabitable.

The driver of the SUV, a man in his late 60s, blacked out due to a medical condition prior to the crash, according to responders at the scene. See the gallery above for images from the crash.