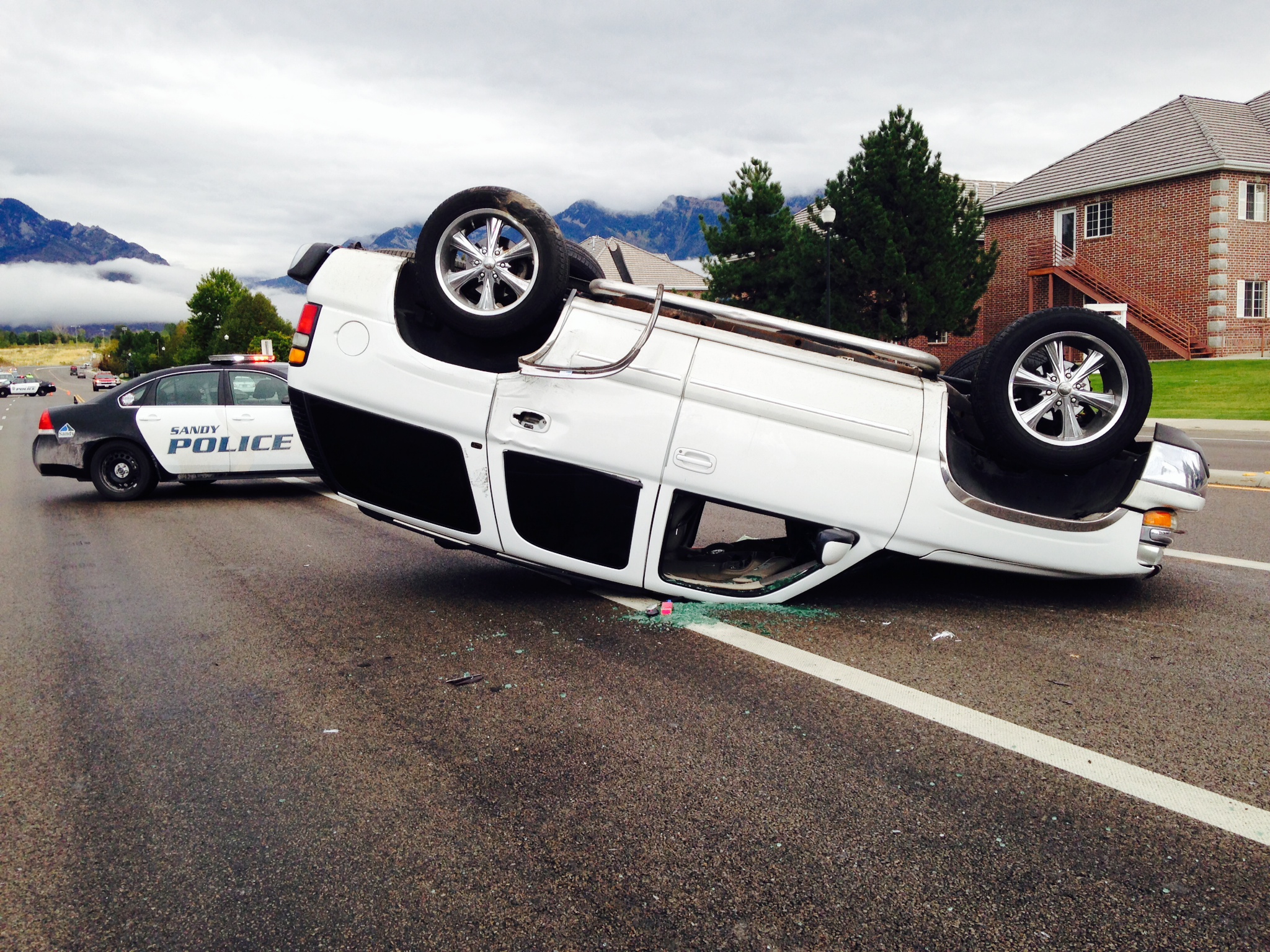 SANDY, Utah — Two people suffered minor injuries after a crash caused by a suspect who was fleeing from police responding to reports of a burglary, and officers said a 15-year-old girl was home alone when she heard the burglars breaking glass to enter the residence.

Sandy Police Department personnel at the scene said things began when a 15-year-old girl heard glass breaking and called her parents, who in turn called police.

When officers arrived, they found signs of forced entry. Prior to police entering the home, the garage door opened and two suspects sped out in a black Toyota Camry, which authorities later determined the suspects had backed into the garage after making entry into the home.

One suspect got out of the vehicle and fled on foot while the other drove off.  Police pursued the vehicle, which collided with a white Chevy Tahoe in the area of 9000 South and 700 East after the suspect vehicle ran a red light.

The Tahoe rolled over after the impact, and two people in the SUV suffered minor injuries in the crash. The suspect vehicle then impacted a a westbound Honda.

The driver fled on foot after the crash, but was apprehended a short time later. The suspect was identified as Nicholas Beauchaine. He was booked into jail on suspicion of aggravated burglary, failure to stop at the command of an officer, and failure to remain at the scene of an accident with injuries.

Officers are working to determine the identity and location of the second suspect, who is so far only described as being a white male with facial hair who was wearing dark clothing.

Authorities said the teen did the right thing by calling for help when she heard noises indicating a break in.