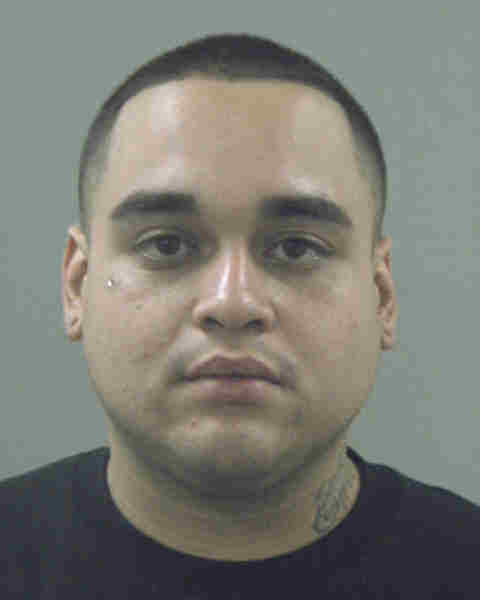 WEBER COUNTY, Utah — Authorities are seeking the public’s help in locating a man involved in a botched robbery in Ogden Sunday.

The incident took place at Lake Park Apartments, 4980 S. 350 East. According to the Weber County Sheriff’s Office, 22-year-old Otrael Daequann Tatum, William Matthew Robert Lehmiller, 21, of Clearfield and Alfredo Arellano, 21, of Clinton went to the apartment with the intent to rob the teen who lived there.

Under the guise of wanting to buy marijuana, the sheriff’s office states, Arellano entered the apartment, followed by Tatum. A struggle then ensued between Tatum and the 19-year-old victim.

“During the course of the altercation, Tatum shot the victim twice at close range with a handgun,” according to the sheriff’s office.

Tatum fled the scene in a car driven by Lehmiller who was waiting outside.

The victim suffered injuries to his right thigh and upper torso. The man also received a cut to his forehead after being pistol whipped before being shot, according to the sheriff’s office. None of the injuries are considered life threatening.

Lehmiller and Arellano were found and taken into custody. They were booked on charges of aggravated robbery.

Tatum is still at large.

According to the sheriff’s office, Tatum recently moved to Ogden City from North Carolina. Officials believe he is still in the area and should be considered armed and dangerous.

Tatum is wanted for attempted homicide and aggravated robbery.

Tatum is described as black with short black hair and brown eyes. He is about 5 feet 7 inches tall and has a medium build.

Anyone with information regarding Tatum’s whereabouts is asked to call Weber County Sheriff’s Office at 801-778-6631 or the Weber Consolidated Dispatch Center at 801-629-8221.