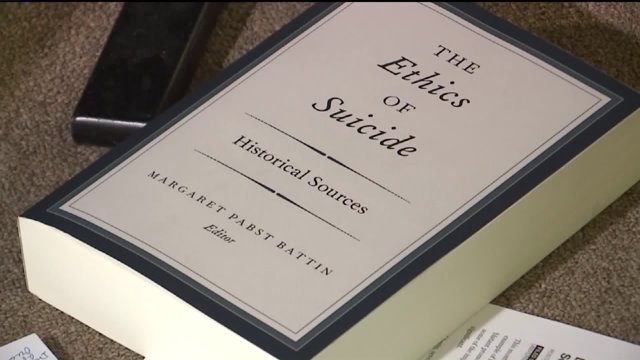 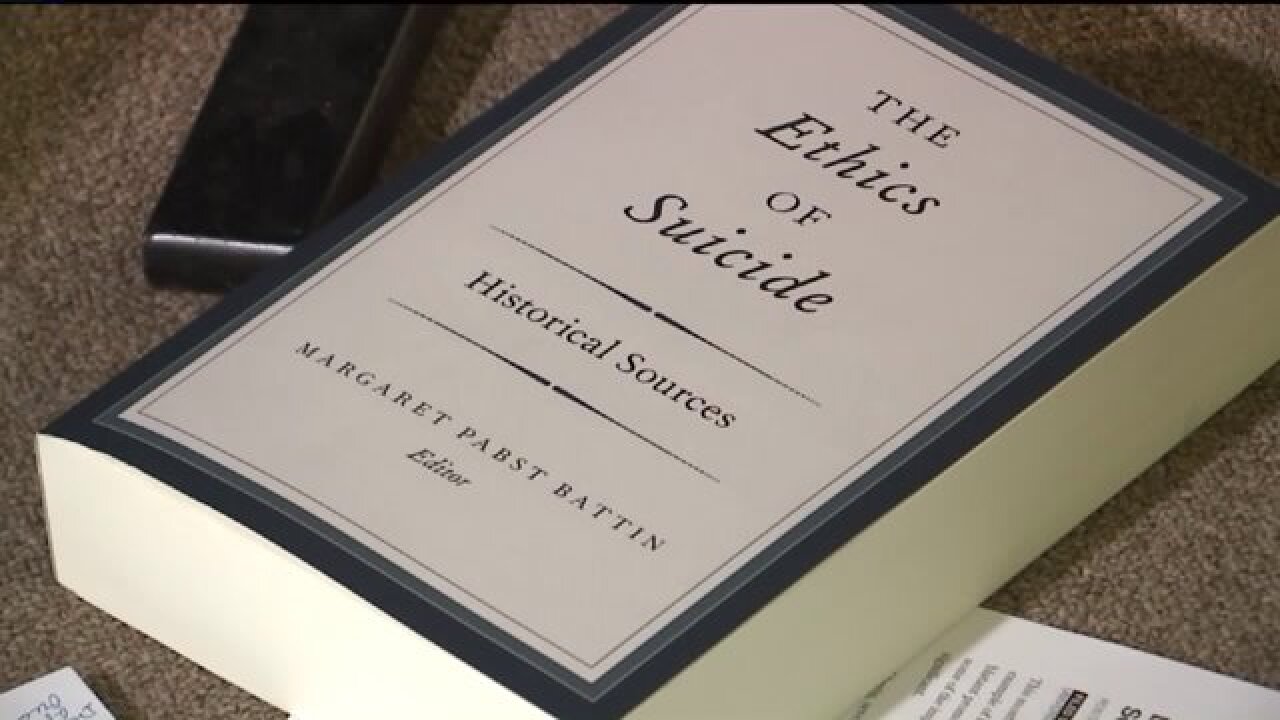 SALT LAKE CITY - A University of Utah philosophy professor, Margaret Battin has been studying the sociology of suicide for decades.

"Plato believes there are some occasions where it's permissible and others where it's not. Aristotle thinks it's always wrong, that it's an injury to the state," says Battin.

A published author on the topic, Battin has seen the stigma associated with suicide firsthand. Seven years ago, her husband Brooke was in a head-on bicycle accident that paralyzed him from the neck down.

"His physician said 100% of my patients after an accident that renders them paralyzed, say they want to die," says Battin.

At first, that is not what Brooke wanted. He lived and flourished for years with a painful, debilitating injury. However, eventually he decided to disconnect the ventilator that was keeping him alive.

"You start to understand the importance of someone being able to be in control of their own life," says Battin.

With a personal vested interest in the topic, Battin wrote "The Ethics of Suicide" which was published in September 2015. It's 750 pages long, which is only about half the amount of material she accumulated over the years. That's when the Marriott Library at the University stepped in. Associate Dean, Rick Anderson says it's an incredibly exciting project to be involved with.

"Using a blog platform, we've put the entire manuscript online and made it freely available. We've also created a platform where people can comment on the material in the book and suggest additional documents, says Anderson.

In an unprecedented collaborative project with the Oxford University Press, Battin's work is now an online resource available to anyone who might have an interest in the history of suicide.

"May someone play a more active role as where it's not only being the architect of our life, but also the very end of our life? That's the issue," says Battin.

It's an issue with widespread implications and Battin hopes her work will help erase the stigma in order to start a discussion.

It's an issue which will be discussed in Utah at the next legislative session. Rep. Rebecca Chavez-Houck D-Salt Lake City tells Fox13 she will introduce her Death with Dignity Act after an unsuccessful attempt to get it passed last year.