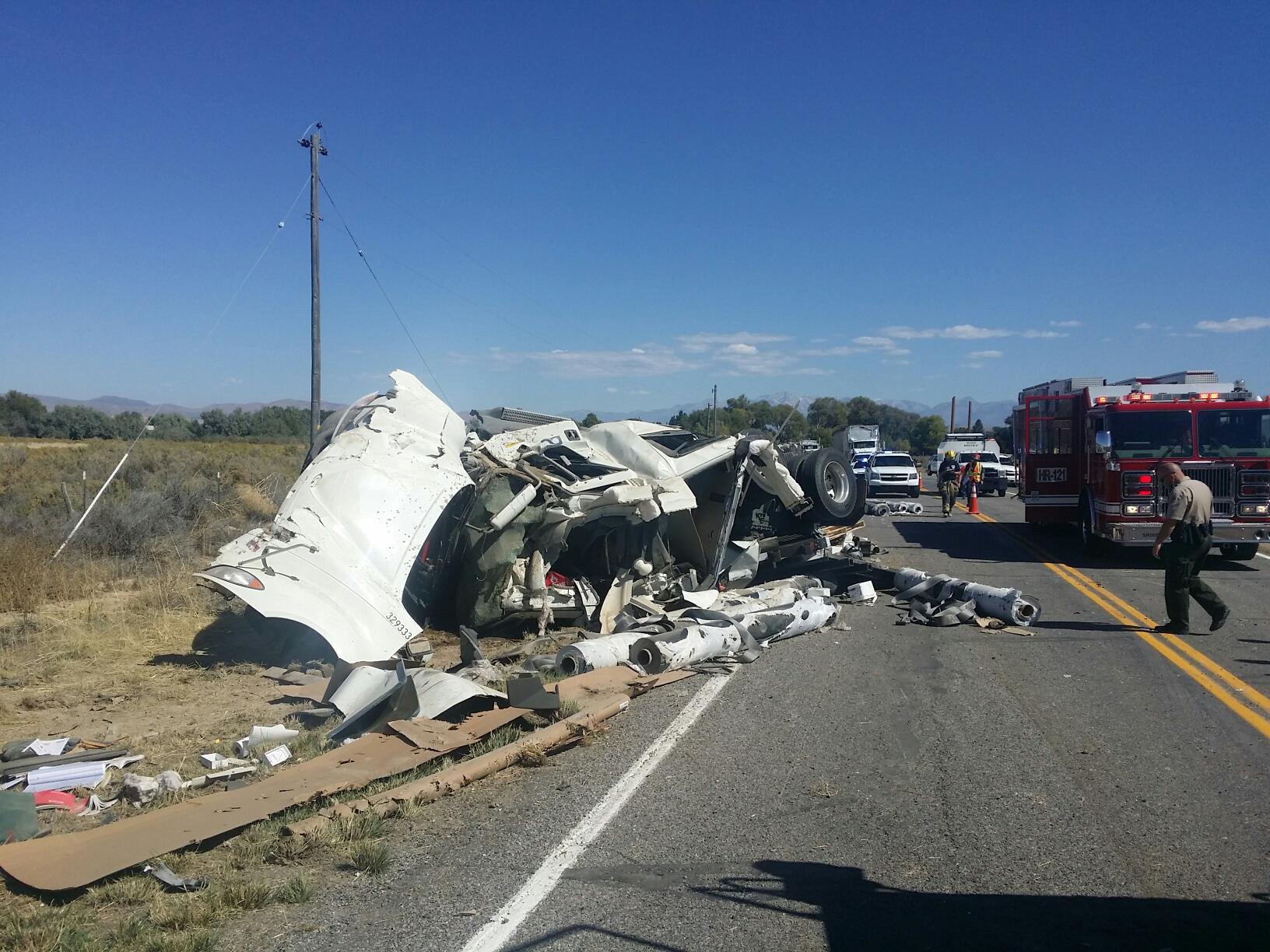 FAIRFIELD, Utah – Two people are in the hospital and another has minor injuries after a semi crash involving a car in Fairfield, Utah.

The Utah Highway Patrol said a semi and Mustang collided just before noon on State Route 73 at mile marker 21 in Utah County.

Two people were in the Mustang; one was flown to the hospital and the other went by ambulance.

Authorities have not confirmed what led to the accident.