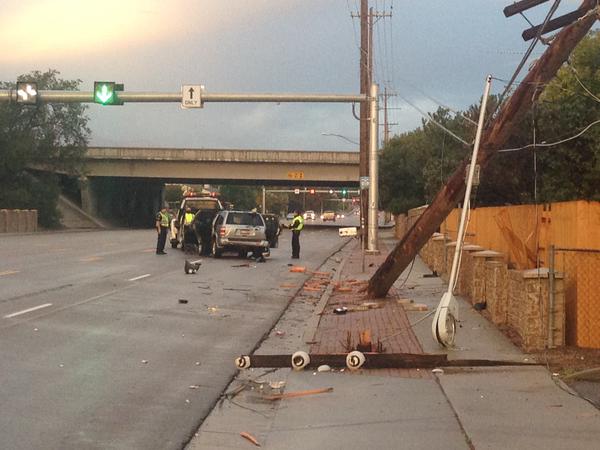 TAYLORSVILLE — More than 2,400 Rocky Mountain Power customers were without power after a vehicle crashed into a power pole early Saturday morning.

At about 6 a.m., Unified police responded to a hit and run accident at 5400 South and 2200 West where a motorist crashed, snapping a power pole. The accident put out power for 2,447 Rocky Mountain Power customers.

Power was restored at around 11 a.m.

Unified police spokesman Chuck Malm said two people were seen leaving the scene of the crash. Westbound traffic at the intersection where the crash occurred is closed until the vehicle is removed from the scene.