Two taken to hospital after crash on I-15; driver booked on suspicion of DUI 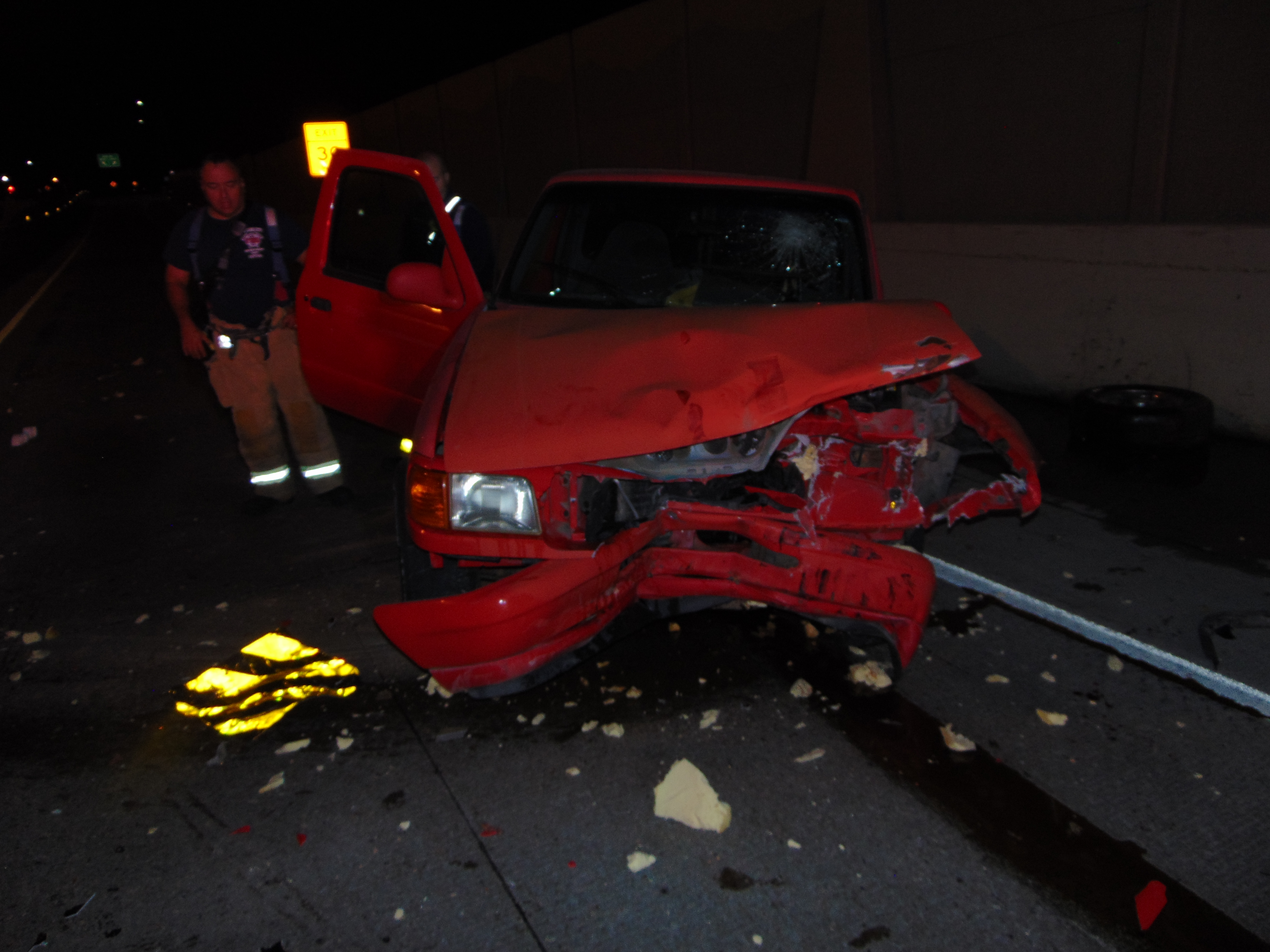 SALT LAKE CITY – Two people were taken to a hospital in fair condition after a crash on I-15 in Salt Lake City early Sunday morning, and the driver of the vehicle has been arrested on suspicion of DUI.

According to the Utah Highway Patrol, the crash occurred at about 2:20 a.m. Sunday on I-15 in Salt Lake City in the vicinity of 600 North.

The driver of a red Ford Ranger drifted to the right and the vehicle left the travel lane and entered a gore area of the off-ramp at 600 North. The Ranger struck a crash attenuator at the end of the concrete barrier on the off-ramp.

The driver of the vehicle, 27-year-old Steven Colgate of Cottonwood Heights, was transported to a hospital in fair condition.

The passenger, 20-year-old Callie Jones of St. George, was also transported to a hospital in fair condition.

Police investigating the crash found reason to believe the driver may have been under the influence of alcohol, and Colgate was arrested on suspicion of DUI.

Troopers with UHP note that they are relieved the injuries to those involved in the crash were not worse, given that the driver may have been impaired and wasn’t wearing a seat belt.

The press release states: “UHP reminds all drivers to always wear their seat belts, no matter how short or how long the trip, and to never allow anyone to drive while intoxicated. If you’re planning on drinking, plan ahead and plan for another way to get home.”