What city in the world has the best food? 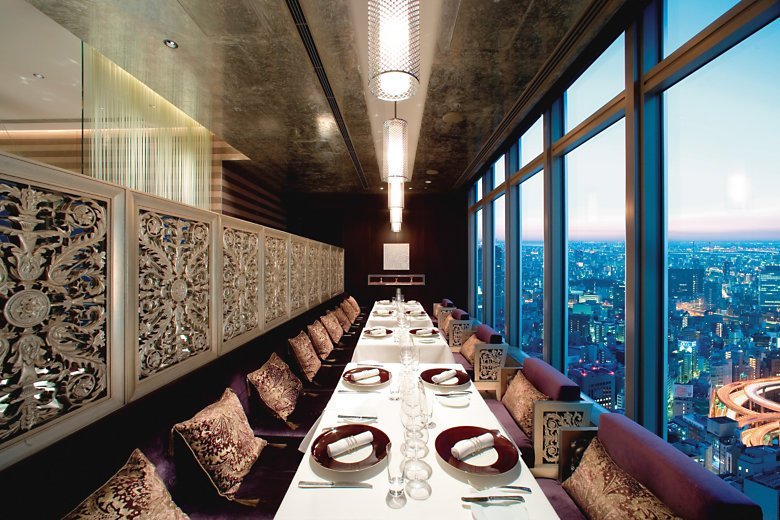 (CNN) — When it comes to global culinary centers of excellence, one city stands head and shoulders above the rest — Tokyo.

The Japanese capital’s got a mind-blowing 226 Michelin-starred restaurants, leaving it light-years ahead of its nearest rival, Paris, which has a mere 94.

If you think it’s all kaiseki, sushi and teppanyaki however, think again.

Many of the restaurants chosen by Michelin are European, with no fewer than 50 Tokyo-based French restaurants holding at least one star.

While that’s always going to be a contentious call, there’s definitely a dedication to excellence in Japanese kitchens, whether in five-star hotels or humble alleyway “yokocho” noodle shops.

So what makes this city such a dining powerhouse?

We asked seven renowned chefs and restaurant insiders to reveal what they think makes the city a Michelin-starred paradise.

“You have so many restaurants here — many of them tiny, with just eight or 10 seats — specializing in everything from sushi to teppan, tempura or kaiseki,” says executive chef Thierry Marais, who recently hosted some of the world’s most celebrated chefs at the Ritz-Carlton Asia-Pacific Food and Wine Festival.

“The people working there often own the places and have very few employers — because they know exactly what they’re doing.

“There’s a consistency and the quality is there day in, day out because they are there day in and day out.”

Marais says size is on their side as well.

“There’s an advantage over restaurants in Europe where there are 50 or more diners in one service, where consistency becomes more challenging,” he says.

“A lifetime isn’t long enough to begin to understand the restaurant scene in Tokyo. So many buildings have multiple stories, each with multiple restaurants on each floor. That’s what frustrates me as a chef, that I’ll never be able to try them all!”

A regular visitor to Tokyo, the Peruvian chef honed in on the singular focus and dedication of Japanese chefs.

“People really appreciate the best produce — and Japan has it all,” he says.

“The beauty of the vegetables! It’s also technique, I went to a restaurant here and saw this beautiful technique on filleting fish. The excellence is also based on their respect for tradition and that gives a very confident message to diners.”

Martinez says the chefs are all also incredibly committed.

“People are very passionate about their craft,” he says.

“You see one guy and he only does one thing. Every day. That for me is perfection — and that’s why Michelin comes here and drops lots of stars.”

His restaurant Ryozanpaku has won and held two Michelin stars since 2009.

Hashimoto has also written five books and is widely recognized worldwide as an expert on classic Japanese culinary techniques.

“The past 10 years have seen an increase in demand for healthy food and Japanese fits this perfectly,” he says.

“Maybe that is part of the attraction here.”

The seasonal nature of Japan’s produce is also key, he adds.

“We are lucky to have world-class ingredients in spring, summer, autumn and winter and our menus change to reflect this,” says Hashimoto.

“Chefs here also frequently have 30 or more years of experience, often specializing in one specific type of cuisine or even one dish. We bring our own specific touches — that’s where the two- and three-star Michelin places really distinguish themselves.”

Julien Royer is one of Asia’s most promising new talents and his former restaurant Jaan scored 11th place on the Asia’s 50 Best Restaurants’ list. He recently opened Odette in Singapore’s National Gallery.

“It’s the produce, the geography of the country and four very distinct seasons,” he says.

“Diversity and quality is everywhere.

“From the south to the north in Hokkaido, from the mountains to the sea to the forest there’s a rich tradition in terms of food and agriculture.

“People take so much pride in their produce, especially in regional cooking styles and produce.”

Cuisine here is clean and lean with straightforward and honest flavors, he adds, noting that the Japanese don’t need to do much with such good-quality products.

“The Japanese also have the same dedication and sense of attention to detail whether it’s a small humble neighborhood joint with six seats at a counter or a big fine-dining restaurant with chandeliers,” he says.

Thomas Combescot-Lepere is director of food and beverage at Tokyo’s Mandarin Oriental Hotel, which has three Michelin-starred restaurants.

“In terms of technique and execution, here in Japan it’s done to the millimeter, day in and day out,” he says.

“I think that Michelin look for that consistency and it’s very important here.

“There’s also an open-mindedness, a huge passion for and dedication to what they do — if you have to sleep next to the oven, so be it!

“If I go to a French restaurant in Tokyo, when I step inside I genuinely feel like I’m in Paris. The food, the drinks, the produce, the service, the way they speak to me is so authentic.

“It’s the same if you go for a pizza, you truly feel like you’re in Italy. It’s extraordinary.”

“As one of many Japanese chefs, I know that we all share the same strong artistic spirit,” he says.

“This spirit also applies to the Japanese mentality. We focus intensely on the quality and detail of what we do, in our case the food we serve.”

Sato says it also helps that Japanese people welcome food cultures from around the world — French, Italian, Spanish and more — even if the chefs and customers in these places are all Japanese.

“Many chefs, foodies and people in our industry say Tokyo is the world’s best food city, but this doesn’t mean only Michelin restaurants,” says Sato.

“It means all categories of food, from street food, fast food, takeaway to fine dining. It truly is a food paradise.”

Yoshiharu Kaji from the coastal region of Ehime in Shikoku is head chef at modern European restaurant Felix, inside Hong Kong’s Peninsula Hotel.

“The bar for perfection continues to raise every day for each chef,” says Kaji.

“Chefs who have worked in Japan know that small details of a dish are equally important as its taste and aroma. Generally, people in Tokyo like to have many dishes for each meal, but in small portions.

“We, as chefs, must ensure that each dish has its own unique combination of flavors as well as an innovative presentation. Competition is strong in Tokyo, which makes all chefs work very hard to hone their cooking skills and think of new culinary concepts to grab people’s attention.”

Chris Dwyer is a Hong Kong-based communications consultant and food writer. His restaurant reviews, chef interviews and more can be found at finefooddude.com.