SOUTH SALT LAKE, Utah - It's a walk he made every day, but now a partially blind elderly man is in critical condition after a school bus full of students hit him while he was in a crosswalk.

During the early morning hours, a Granite School District bus on its way to Cottonwood High School and an elderly man crossing the street to his home collided.

"We have an auto pedestrian accident involving a school bus and a 73-year-old male," said Sgt. Gary Keller of South Salt Lake Police Department while at the intersection of 2700 south and 300 East.

Police say the 73-year-old man was in the middle of the crosswalk when the school bus made a left turn, hitting the man with the back wheels.

"He was injured pretty seriously; he's in the hospital in serious to critical condition," Keller said.

"It's very disturbing to find out that he may not survive," said John Briggs, the victim's neighbor.

As for the 25 children on the bus, Granite School District says most were not aware of what happened.

"Regardless, if we do have any requests, we're making contact with those students if they need any crisis counseling," said Ben Horsely, Spokesman for Granite School District.

The school district says the driver of the bus has been with them for nine years, and now an investigation is underway.

"They'll take any action as they deem appropriate, including charges if appropriate, and then we will conduct our investigation and there will be some employment if appropriate as well," Horsely said.

Now, neighbors are hoping for a recovery.

"I certainty wish the best for him and his wife and hope he's OK," Briggs said.

Police have not yet released the mans name. 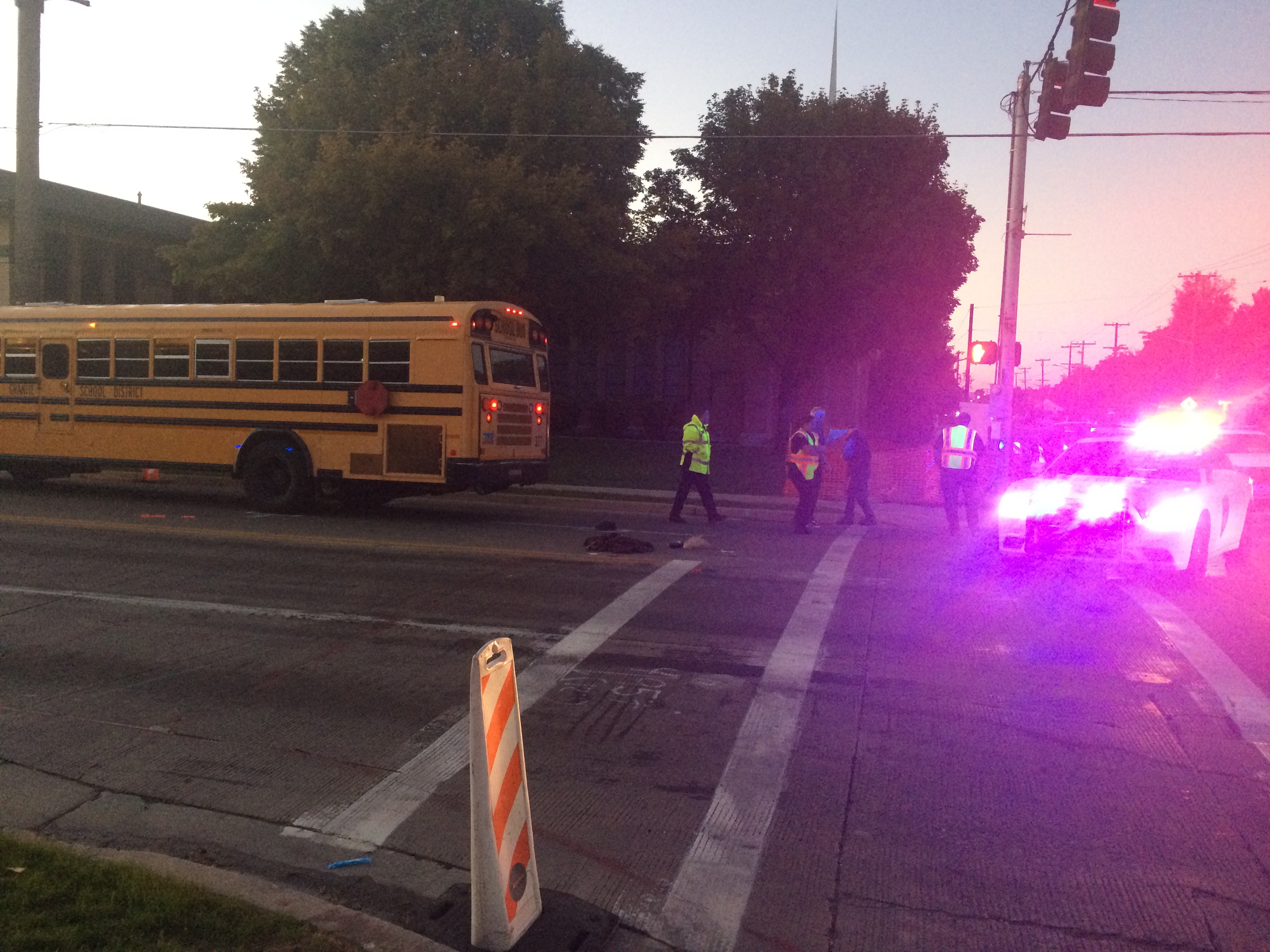