OGDEN, Utah - Ogden Animal Services has rescued 29 Chihuahuas from an Ogden home after what started as a drug bust.

Once inside authorities found about 30 Chihuahuas cooped up, living in their own feces.

Officers said the condition inside the house were "deplorable."

Officers said two men lived in the house and one of them is now in jail facing felony charges, but not for the dogs; authorities said 30-year-old Javier Flores was dealing meth.

Authorities found about 10 pounds of the drug in his home.

The other man living in the home has not been charged but Ogden officers said they could issue a kennel violation ticket.

Officials have rescued 29 of the pups, two dogs were allowed to stay behind.

A few of the dogs are being treated at the animal hospital and the rest are being processed at the Ogden shelter.

Health officials have deemed the home "unlivable" and said it could be condemned if they find meth has seeped into the walls. 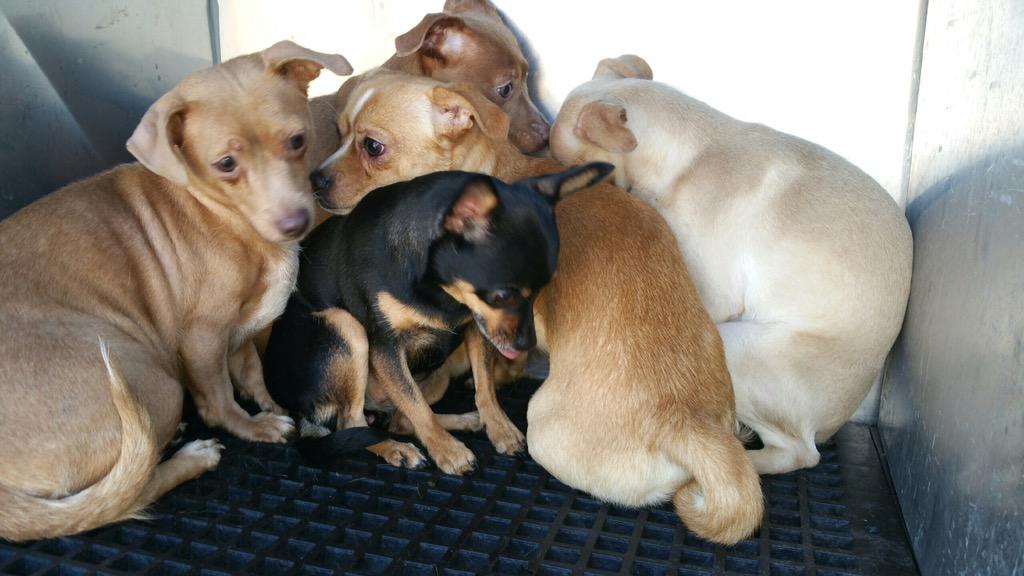