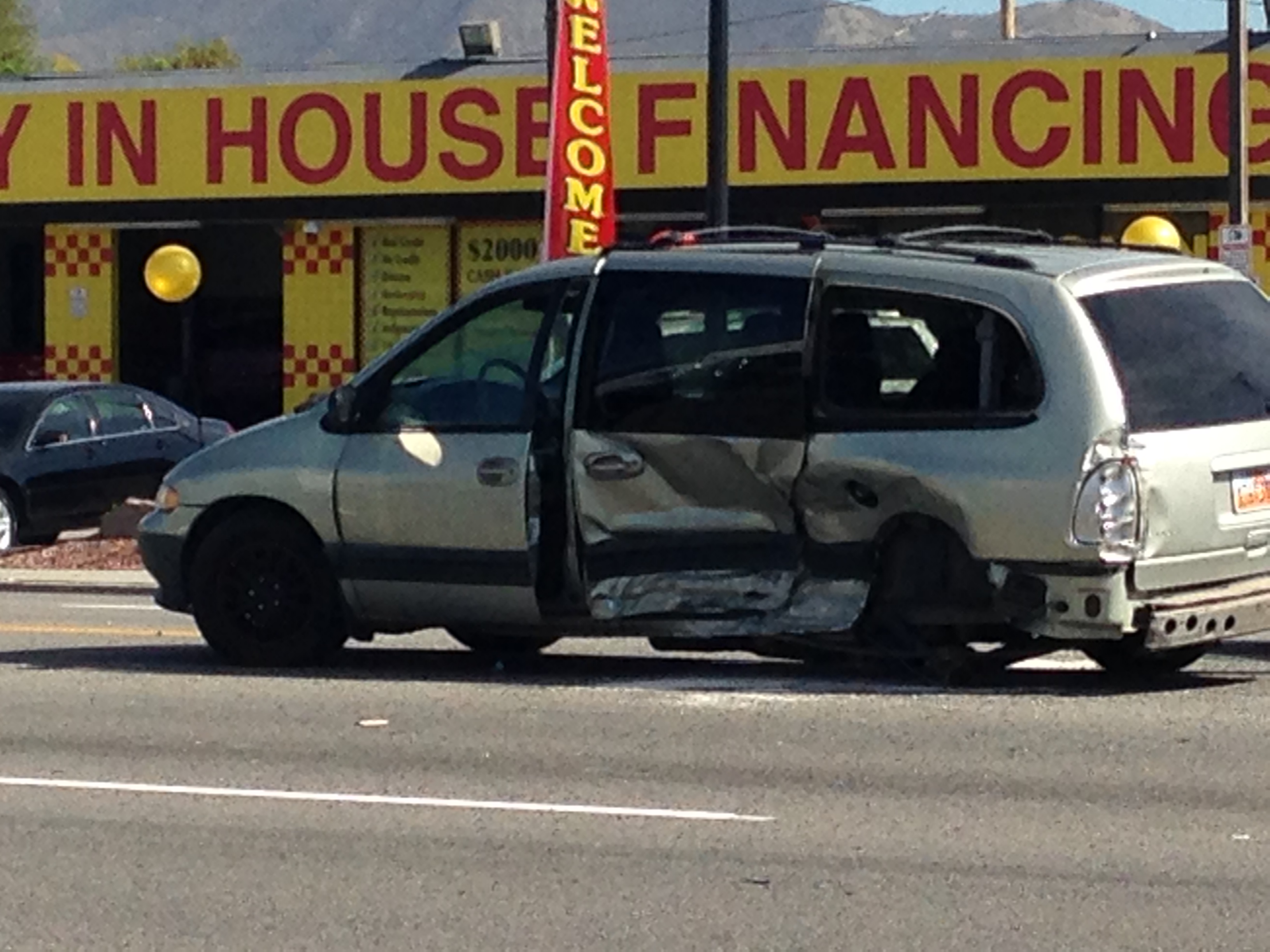 MURRAY, Utah – A 5-year-old boy has been flown to the hospital after being ejected from a car in a crash in Murray.

Authorities said a father driving a minivan turned in front of a Subaru near 4100 S. State St. Thursday at about 11:30 a.m.

The Subaru hit the driver’s side of the van, shattering all the windows and forcing the van to spin.

The boy was thrown from the van; he has been flown to the hospital with severe head injuries.

The dad driving the van was not hurt.

His wife, who is almost five months pregnant, was taken to the hospital as a precaution.

Three other children were also in the van; a 10-year-old girl, an 8-year-old girl and a 2-year-old boy, none of them were injured.

Officers have not confirmed whether or not anyone in the van was wearing a seat belt at the time of the crash.

The 28-year-old woman driving the Subaru was not injured.

Police said a third car, also a minivan, side-swiped the first van while it was spinning; no one in the second van was injured.