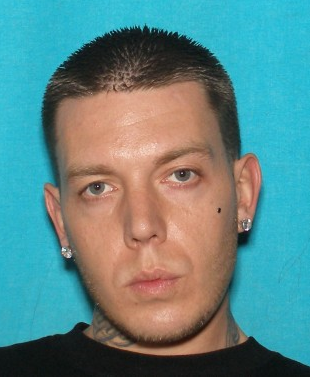 WEST VALLEY CITY, Utah — Police have identified a suspect and the woman he was with during a fight that escalated into a shooting at a Wal-Mart in West Valley City Wednesday evening, and Thursday officers released additional photos of the pair and ask anyone who knows where they are to contact police.

The suspect in the shooting, which occurred Wednesday at a Wal-Mart at 3180 South 5600 West around 5 p.m., is identified as 31-year-old Cole Shields, and the woman he was spotted with is 24-year-old Cassandra Burningham.

Shields allegedly shot a man after a fight as the man was retreating to a vehicle, and the victim was hit twice in the feet and suffered injuries described as being not life-threatening.

Shields and Burningham left the area in a silver colored 2006 Mitsubishi Lancer with a temporary license plate. The vehicle has damage to the right, front quarter panel and it has a spoiler on the rear.

Anyone who sees Shields or Burningham, or who has knowledge of their whereabouts, is asked to call police at 801-840-4000.