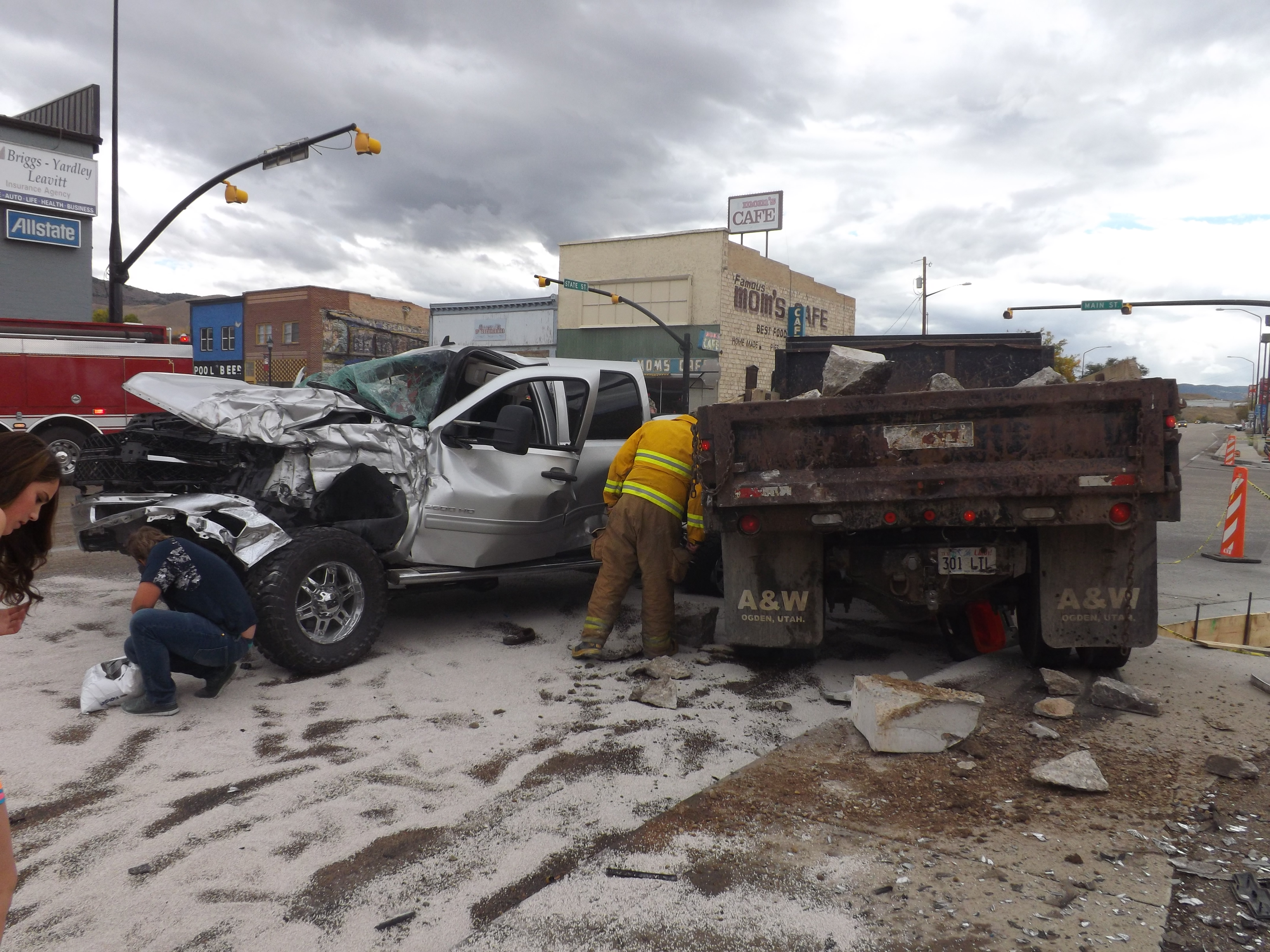 SALINA, Utah — Two people were injured in a crash on SR-89 in Salina Sunday afternoon, and the force of the impact sent one vehicle into a parked dump truck and the other vehicle into the front of a local cafe.

According to the Utah Highway Patrol, the crash occurred just before 1 p.m. as an Escalade travelling south on SR-89 and approaching Main Street at about 75-80 mph rear-ended a pick up truck.

The Escalade continued through an intersection, hit a curb and rolled into the front of Mom’s Cafe on Main Street in Salina City.

The pickup truck was pushed forward, and it impacted a parked dump truck.

The driver of the Escalade, an 87-year-old male, was air-lifted to Utah Valley Regional Medical Center, but the exact nature and extent of his injuries were not clear. The driver of the pick up truck was taken to Sevier Valley Hospital with minor injuries.