MARIOTT-SLATERVILLE, Utah -- A tip from a student at a Weber County charter school foiled a possible plan by a fellow student to do a drive-by shooting at the school, authorities said Tuesday.

On Monday afternoon, administrators at Venture Academy, 495 N. 1500 West in Mariott-Slaterville, were alerted to the plan that allegedly involved three 15-year-old students, according to a Facebook post by the Weber County Sheriff's Office.

The three suspected boys were immediately detained by school officials and the sheriff’s office was called to investigate.

Two of the teens told authorities their friend had a plot to acquire ammunition for a gun so he could do a “drive-by and shoot up the school.”

"You know there are bad people all over the place, and you can't put them in a bubble," said David Crown.

Crown has two grandchildren who attend Venture Academy. He is so grateful that a brave student came forward, before the three 15-year-old boys suspects in this case had time to carry out the shooting.

"That's got to be a hard thing for him, so we won't know how many lives he could have saved, because he did, but he's a hero," said Crown.
One of the teens was found in possession of a loaded magazine as well as a box of .22 caliber shells, according to the sheriff’s office Facebook post. The teen said the clip was given to him by his friend in hopes of finding ammunition.

The other boy detained was found in possession of a large folding knife and razor blades. He also claimed to have knowledge of the plan. 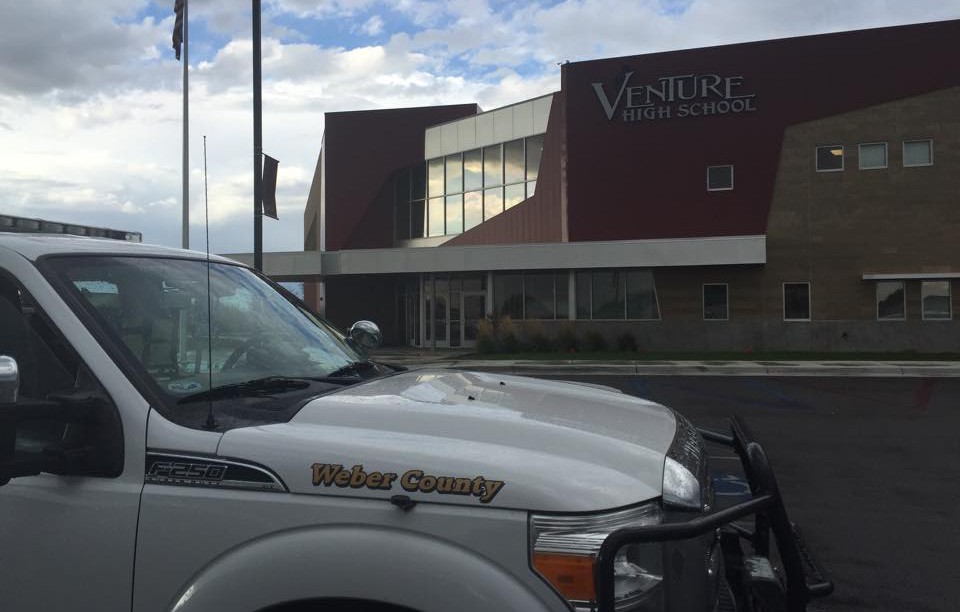 Detectives attempted to interview the main suspect but a parent invoked his Miranda Rights and requested an attorney, according to the Facebook post.

“Investigators are still working to piece together the stories and evidence to determine how legitimate the threat really was,” the sheriff’s office states. “The fact that the plot had been talked about and steps were taken to acquire weapons is very concerning.”

All three students were suspended from the school and released to parents.

A security sweep was conducted at the school by deputies but a gun was not located.

The investigation is ongoing and all three teens will likely face charges in juvenile court.

Toward the end of the day yesterday, Venture High School administration received information that a student might have bullets and a magazine at school. The administration responded immediately and within moments had gathered the bullets and the magazine. Law enforcement was notified and responded quickly. No gun was found. Three students were suspended while the police were given time to continue their investigation which is still ongoing.

The Weber County Sheriff’s Department was contacted by the press Tuesday afternoon and released a statement about the incident. We are cooperating fully with the law enforcement investigation.

Our staff did a terrific job in responding quickly and efficiently. Your students are safe and school will continue as normal. We will keep all stakeholder informed as information becomes available during the course of the police investigation.