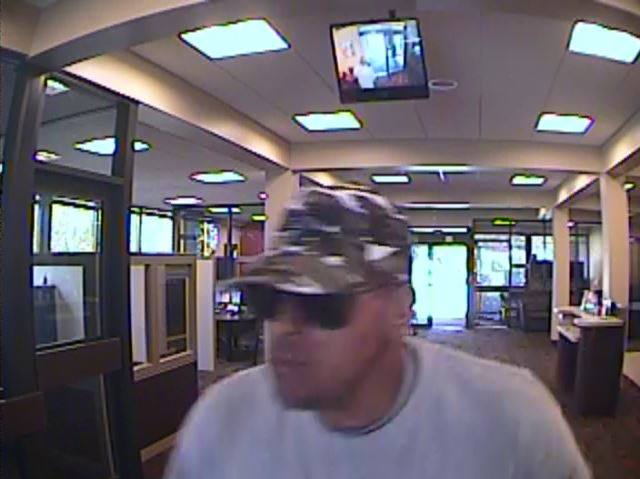 BOUNTIFUL, Utah — Police in Bountiful are searching for a man who robbed a bank in Bountiful Wednesday and escaped in a stolen vehicle, and authorities have released several images of the suspect in the hopes the public can help identify him.

According to the Bountiful City Police Department, the suspect entered a KeyBank, 562 South Main Street, around 12:37 p.m. Wednesday and demanded money.

The suspect did not display a weapon during the robbery and escaped with an undetermined amount of money. He was observed fleeing the area in a small, red truck.

Officers located that truck a few blocks from the bank and learned the vehicle had been stolen in the Millcreek area earlier Wednesday.

The suspect is pictured above and is described as a dark-skinned male believed to be between 40 and 50 years old. The man is heavyset and stands between 5-feet 7-inches and 5-feet 9-inches tall. The man was last seen wearing a camouflage hat, a gray shirt and jeans.

Anyone who recognizes the man or who has knowledge of his whereabouts is asked to contact Bountiful PD at 801-298-6000.