WEST VALLEY CITY, Utah - Officers have arrested a suspect accused of shooting at police while they were raiding a West Valley City hotel for gang members.

Authorities took 31-year-old Marco Ray Etsitty, who goes by "Caspar,"after finding evidence in a hotel room that linked him to the crime.

However, he was technically booked into jail on parole violations early Friday morning.

We have arrested a suspect in shots fired at police officers incident outside the Sleep Inn 10/21. 31yo Marco Etsitty booked into jail.

West Valley officers said they believe Etsitty conspired with those found in the room at he Sleep Inn Hotel near 3500 S. and the I-215 on-ramp.

Thursday officers were waiting for a warrant to search the hotel room in West Valley City when at least one suspect shot at them from a car driving by.

None of the officers were injured.

"When my officers got on scene, as they were approaching the room, there was a female standing in the hallway," West Valley City Lt. Dala Taylor said. "She retreated into the room, barricaded herself in, would not respond to officers at the door or at the window. So we ended up writing a warrant for the room."

Police said the suspects in the hotel room include two known gang members with violent criminal histories, one a federal fugitive. 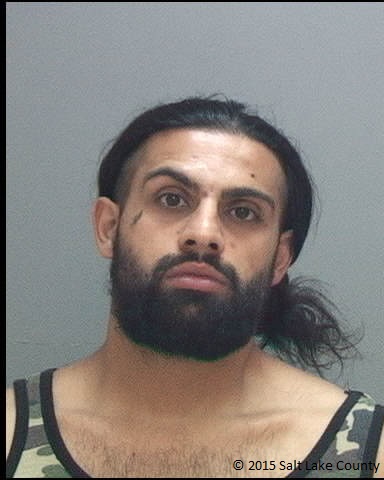 Ghufren Al-Bander (12-9-93) was booked for possession of a firearm by a restricted person, aggravated assault on a police officer, obstruction of justice.

Danial Movahhed (12-24-86) was booked on aggravated assault, possession of a firearm by a restricted person, brandishing a firearm.

Kamel Al-Bader – (1/23/95) Was not arrested. He was taken to hospital, not related to anything involving a police officer.