Family of 11 displaced after 2-alarm house fire in SLC 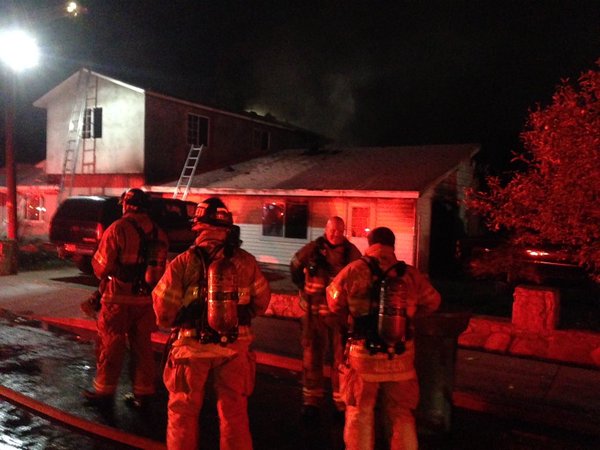 SALT LAKE CITY — A family of 11 was displaced after a second-alarm fire ripped through a home in Salt Lake City early Saturday morning.

Fire crews received a call to the home, 1351 W. Walnut Drive, at about 5:10 a.m. The blaze was discovered by two adults in the home who awoke to smoke and fire, according to a tweet from Salt Lake City Fire Department. All occupants were able to get out safely with the help of the neighbors until Red Cross volunteers arrived.

One adult was treated and released for smoke inhalation.

The home suffered smoke, fire and water damage on the inside and outside. Estimated damage is $160,000 to $200,000, the fire department tweeted. An adjacent home was also damaged by radiant heat.

Salt Lake City Water Department also responded to the scene after a water main broke across from the fire scene. Residents are temporarily without water in the immediate area.