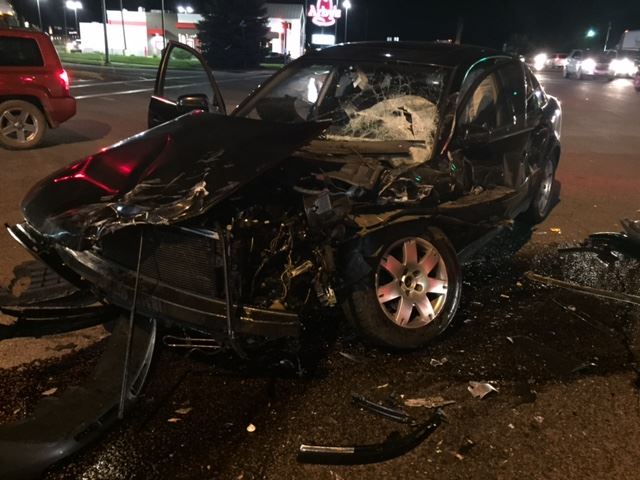 HEBER CITY, Utah — A man was arrested in Heber City Friday night after he allegedly rammed another vehicle three times while trying to make a U-Turn and then fled the scene, and police said the DUI driver had an open container and previous restrictions on his license relating to alcohol.

According to the Heber City Police Department, the crash occurred at 1200 South Main Friday evening after a silver truck attempted to make an unsafe U-Turn and hit the driver’s side of a black passenger vehicle.

The truck rammed the car three times and pushed it out of the way before leaving the scene. The driver was found traveling northbound on Main Street and was detained by officers.

The occupants of the car were wearing seat belts and both suffered only minor injuries.

Police stated: “Heber City Police Department wants to remind everyone that with the holidays coming up, to please have a designated driver or call a Taxi to make sure you arrive home safely.”