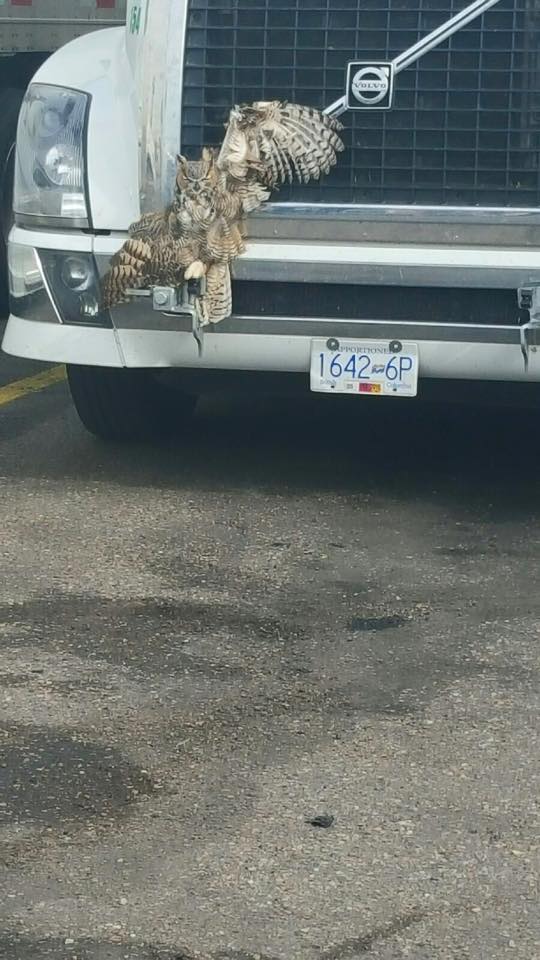 WEBER COUNTY, Utah — The Great Horned Owl that was hit by a semi over the weekend has been put down.

Wildlife officials rescued the owl Sunday after the bird was struck by a semi-trailer and then carried along in the vehicle’s grill for some distance before it was found.

According to a post from Weber County Sheriff’s Office, a semi driver who stopped in West Haven for breakfast Sunday morning discovered a great horned owl wedged in the grill of his vehicle around 11 a.m.

The post states the owl had been hit as the semi was traveling along I-15, and the trucker said he remembered the bird from sometime during the night but hadn’t realized it had gotten stuck on his vehicle until he stopped at the Flying J in West Haven on 21st Street.

Personnel from the Division of Natural Resources responded and were able to rescue the bird but said they weren’t sure it would survive.

DaLyn Erickson with the Wildlife Rehabilitation Center of Northern Utah said the owl came to them in critical condition and appears to have suffered broken bones in both wings along with some internal injuries.

While Great Horned Owls are not listed as being threatened or endangered, the birds are protected by the Migratory Bird Treaty Act.