The group has not confirmed the financial details of the 10-year agreement.

The 19,911-seat facility hosts about 1.8 million guests and more than 100 sports and entertainment events each year.

The basketball court is named for Larry H. Miller, who spearheaded the construction of the building 25 years ago.

“The Utah Jazz and the arena are proud to have Vivint as our new naming rights partner,” LHMSE President Steve Starks said. “Vivint is a long-time supporter of the Jazz, is a Utah-based company, and has a deep commitment to the community and our fans. These were all qualities we looked for when we began this process. ”

Vivint, based in Provo, makes smart home and security products and services.

According to the company, Vivint has more than 1 million customers and 8,000 employees throughout the United States and Canada.

Forbes recently named the company to its list of “America’s Best Employers.”

The name change, effective immediately, will be visible throughout the facility, with Vivint Smart Home Arena being prominent on the exterior of the building, the lower panels of the center hung scoreboard, all digital building signage and on the Utah Jazz basketball court.

The venue’s naming transition to Vivint Smart Home Arena will occur throughout the end of 2015 as the building hosts marquee events beginning with the Garth Brooks World Tour on Oct. 29-31 and the Jazz home opener on Nov. 4.

Located on the west side of downtown Salt Lake City, the building originally opened as the Delta Center on Oct. 7, 1991, and was renamed EnergySolutions Arena on Nov. 20, 2006. 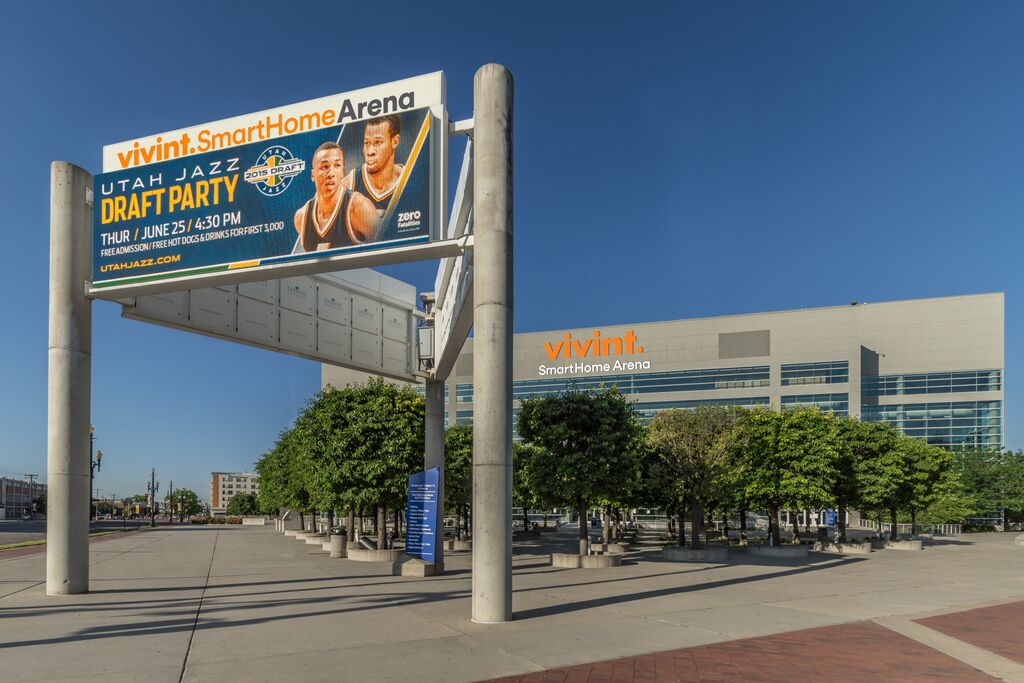 The arena has featured some of the biggest names in the music world with Brooks, U2, Taylor Swift and The Rolling Stones among the largest concert draws in the arena’s history.

In the last five years, about $25 million has been injected into arena improvements.

With an emphasis on enhancing the fan experience, upgrades have included an improved public address system, enlarged concourse entries with retail and food offerings, digital direction and concessions signage, the addition of the Legends Club, two Fanzz stores and the expansion of the main team store, and numerous energy efficiency projects.

The most significant improvement was a $15 million investment prior to the 2013-14 season for the installation of a new high definition video display system and other building infrastructure.