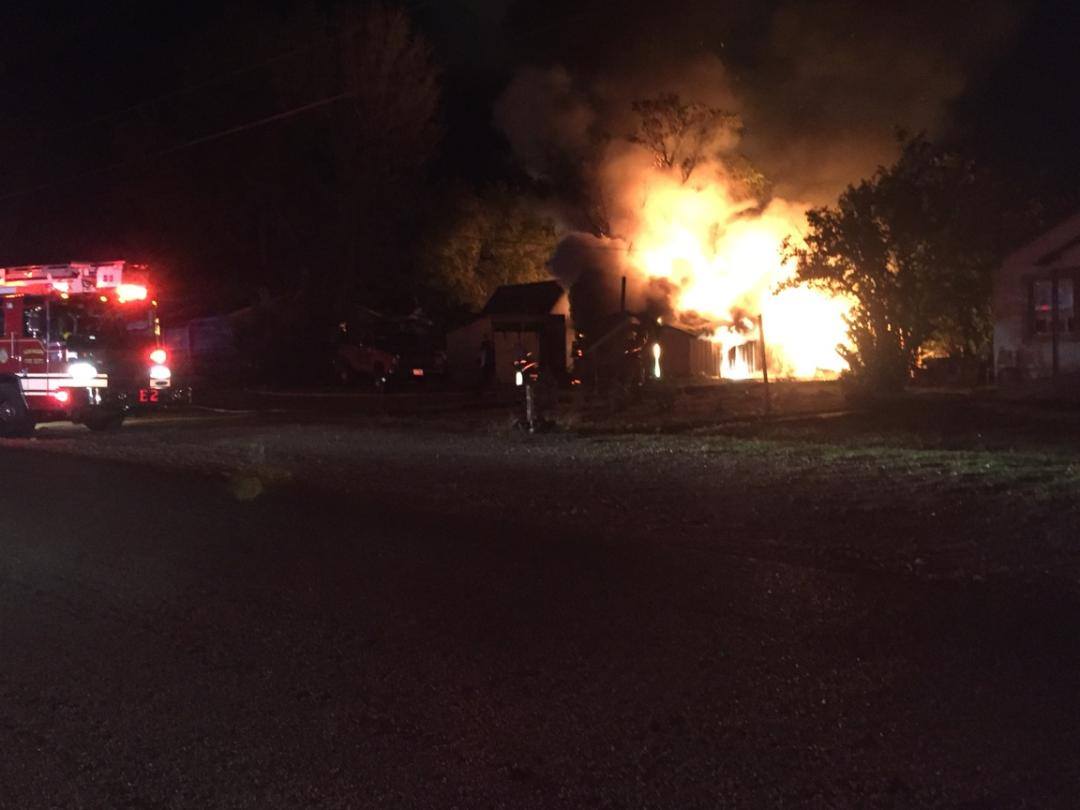 At 8:22 p.m., fire crews responded to Center Street and 200 North on a wooden workshop/shed fire. Work was slowed by the magnesium found in engine blocks burning.

“When water is added to burning magnesium it reacts violently,” Santaquin City Fire stated on its Facebook page.

Propane tanks were also burning inside the shed.

No homes were involved but the shed was a total loss.

No injuries were reported. The fire is under investigation.