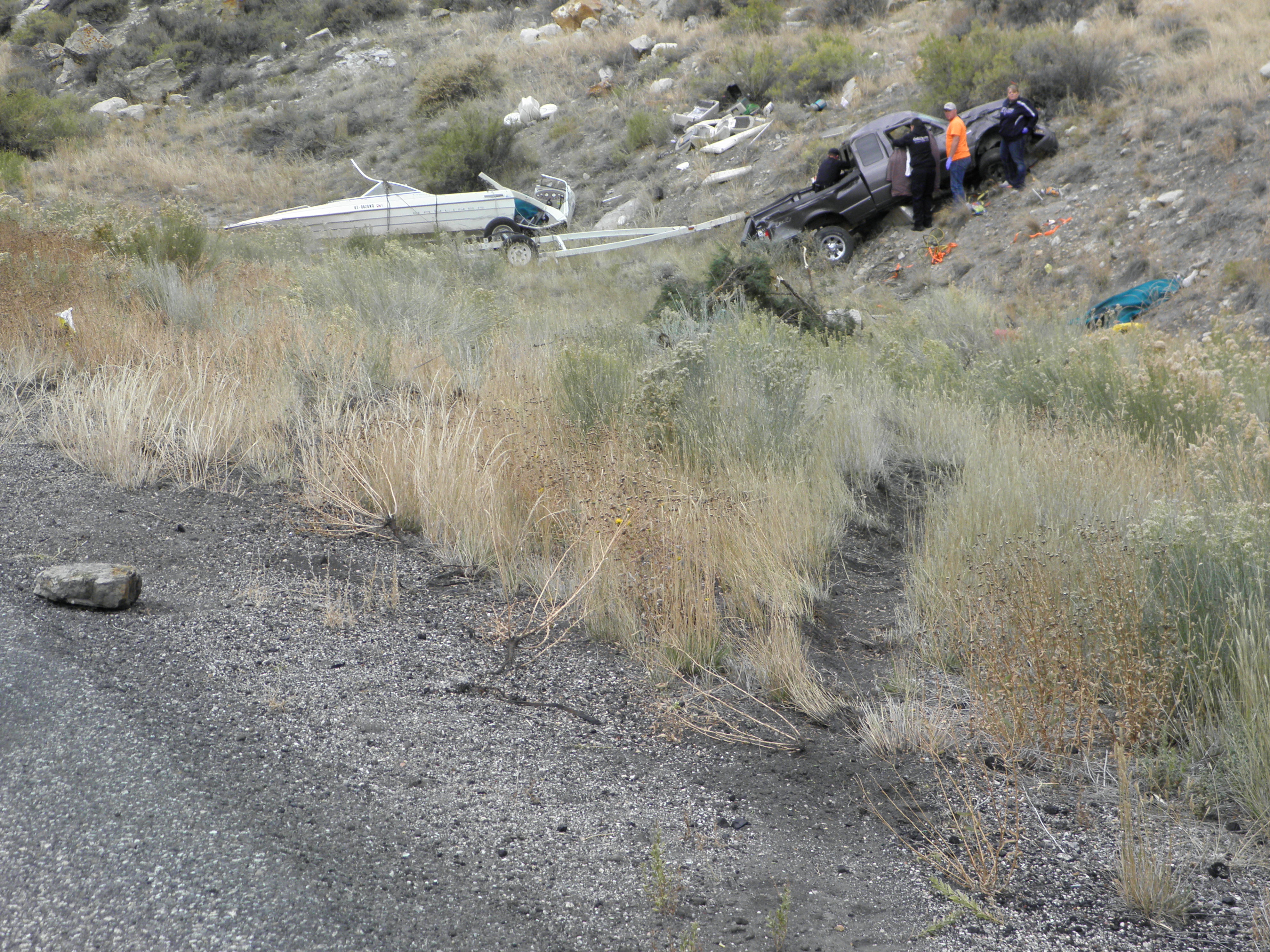 SALINA, Utah — A man was killed and another person was in critical condition after a truck pulling a boat experienced a tire failure and crashed on I-70 near Salina Wednesday morning.

The crash occurred around 9:35 a.m. Wednesday on I-70 in the vicinity of mile marker 66, near Salina, and according to the Utah Highway Patrol a truck pulling a boat suffered a tire failure. When the driver attempted to slow down, the boat pushed the truck sideways off the road and to the right.

The truck began to roll, at which point the unrestrained driver was ejected. A passenger was wearing her seat belt and remained in the truck.

The driver, identified as 77-year-old Jay Larsen of Ferron, was killed in the crash. The passenger was flown to an area hospital and officials said she was in critical condition.