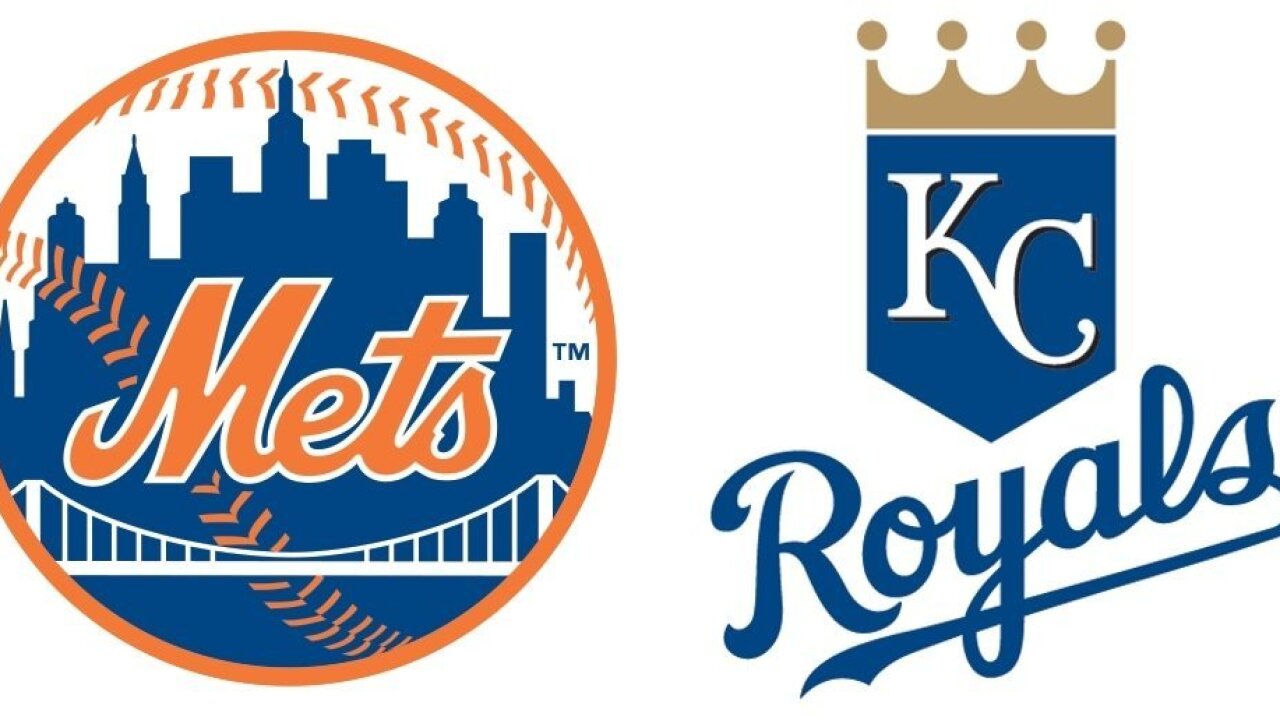 By Steve Almasy and Doug Criss

(CNN) — An inside-the-park homer. Power outages. Oh, and extra innings. Looks like the 2015 World Series is off to a dynamic start.

The Kansas City Royals beat the New York Mets 5-4 in the 14th inning early Wednesday morning to claim the first game of the series.

A pitcher gets terrible news

Game 1 featured a sad development. The father of Royals pitcher Edinson Volquez died hours before the game started, and Volquez pitched for six innings. It’s unclear whether he knew of his loss during the game.

Royals manager Ned Yost’s postgame interview didn’t clear the matter up, as he at first said he didn’t have any idea when Volquez found out.

“We found out about it before the game, and wishes of the family (were), ‘Let Eddie pitch,’ ” Yost said. “I was kind of keeping my eye (on him), didn’t want him to hear about it.”

Yost said that he did not talk to Volquez about the news but that the 32-year-old pitcher appeared to be OK during the game.

“He was fine. He didn’t know, and I guess after the game is when he found out,” Yost said.

Volquez headed to the Dominican Republic to be with his family, and the Royals aren’t sure when he’ll return, Yost said.

The longest Game 1 ever

It was the longest Game 1 in World Series history. It started at Kansas City’s Kauffman Stadium shortly after 8 p.m. Tuesday. Fourteen innings, 5 hours and 9 minutes later, Kansas City first baseman Eric Hosmer put an end to the epic affair with a sacrifice fly that allowed shortstop Alcides Escobar to score the winning run about a quarter past 1 a.m. Wednesday.

The first in-the-park homer in decades

We should have known from the series’ first pitch we were in for a classic. Just how classic? How about an inside-the-park home run to start things off? Escobar — yep, the same guy who scored at the end — smashed that first pitch into center field and quickly sprinted around the bases to give Kansas City a stunning, early 1-0 lead. It’s been awhile since anyone has seen an insider homer in a World Series. The last time it happened was in 1929.

The power goes out

Things were going along swimmingly until the bottom of the fourth, when viewers watching on Fox suddenly couldn’t see the game. What happened? Both the primary and backup generators powering Fox’s broadcast production trucks went out — a “rare electronics failure,” Fox said — knocking the game off the air.

Fox quickly switched to MLB Network’s international feed and announcers. That broadcast used a different generator. Fox was back on the air with its broadcast about 20 minutes later.

But the power outage didn’t just affect folks watching at home. It delayed the game as well. That’s because major league teams often use the television broadcast to watch for close calls by umpires they may want to challenge. Can’t do that without TV.

“The on-field delay was due to replay capability being lost in both team’s clubhouses,” Fox said.

So action on the field was delayed about six minutes.

So how did social media react to all of this? With a steady stream of jokes and memes, of course.

The mascot of the Houston Astros tweeted during the power outage: “I’m walking to the bathroom a few minutes ago and these big shoes of mine tripped on a cord near a tv truck. What did I miss?”

Google Fiber subscribers love to brag about how cool the gigabit Internet and TV service is. Well, it wasn’t so cool Tuesday. In Kansas City, Google Fiber experienced about an hourlong outage during the early innings, enraging Royals fans watching the game and causing the tech giant to tweet out a quick apology.

“We’re so sorry about the outage in KC,” Google said. “We know it couldn’t have happened at a worse time, and we’re working as quickly as we can to fix it.”