OGDEN, Utah - A man has surrendered, peacefully ending the hours-long standoff in Ogden.

The SWAT team, Utah Highway Patrol and Ogden officers were called to a standoff at a home near 8th St. and Grant (300 E.) at about 10 a.m. Friday.

Officials said the suspect, 27-year-old Cody Hadley, barricaded himself inside the house.

Utah Highway Patrol Sgt. Todd Royce said the standoff started as a chase on the Box Elder/Weber County line when troopers tried to stop a suspect in a white Dodge truck speeding at about 100 mph.

When troopers gave chase, Hadley slowed to about 70 mph.

UHP Lt. Lee Perry said Hadley gave hand signals to troopers believed to indicate he was telling them he was OK.

Royce said Hadley then called 911 and told the operator he was suicidal and wanted to talk to his wife.

Troopers ended the chase because they knew his identity and were more concerned about the danger of the high-speed chase.

Moments later an unmarked UHP car spotted the white truck again near the mouth of Weber Canyon on I-84.

Authorities tried to spike his tires in Weber County but the spike strips rolled as Hadley tried to avoid them, rendering them ineffective.

Troopers tried to spike his tires again on I-84 and flattened three of them but Hadley kept driving.

He continued onto I-15 northbound and eventually got off at 12th St. in Ogden where he went into a neighborhood, ran from the car and went into a house authorities said they believe is his.

A daycare in the area was put on lockdown as a precaution.

Authorities asked residents to avoid the area or stay inside their homes as a precaution. 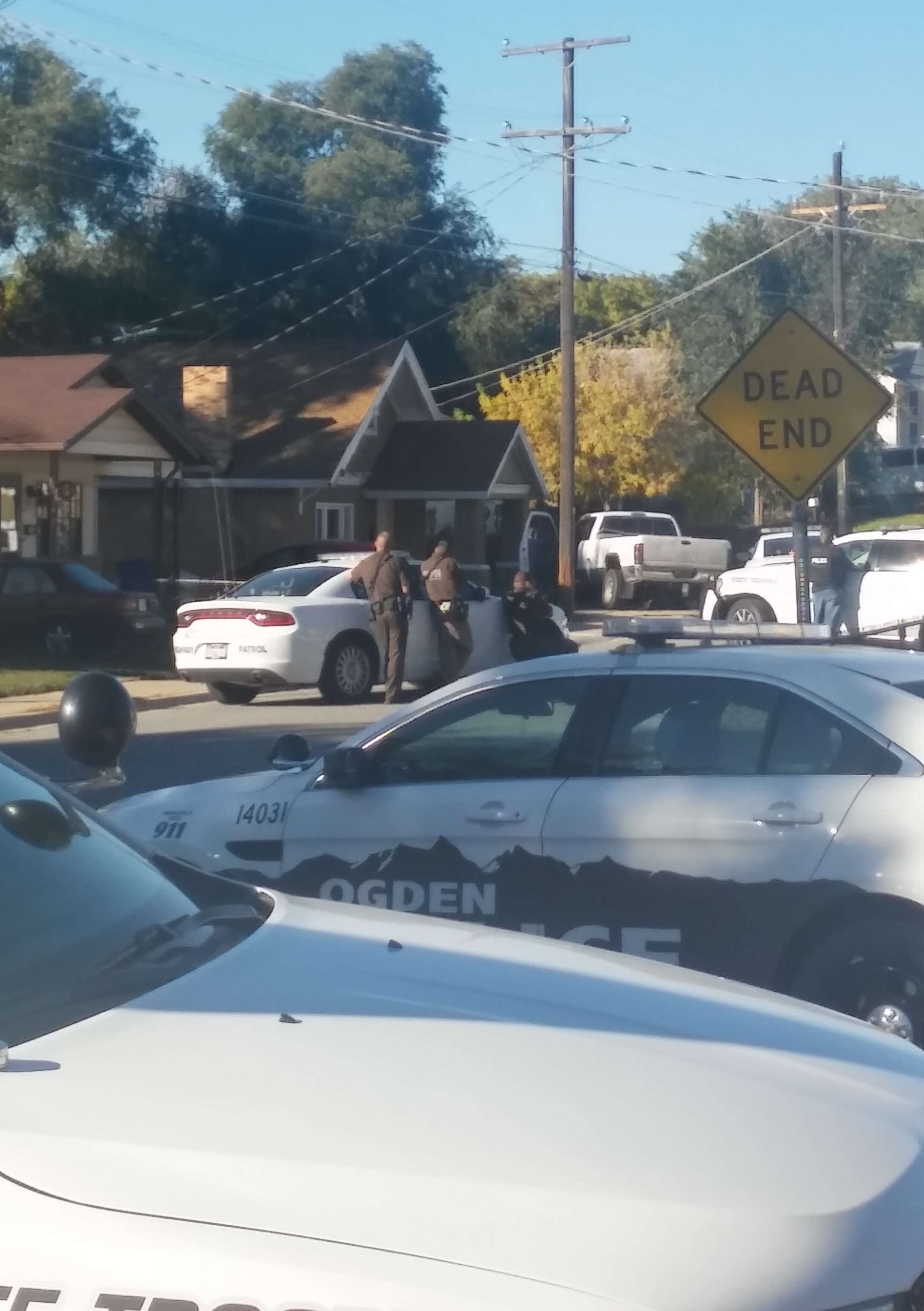