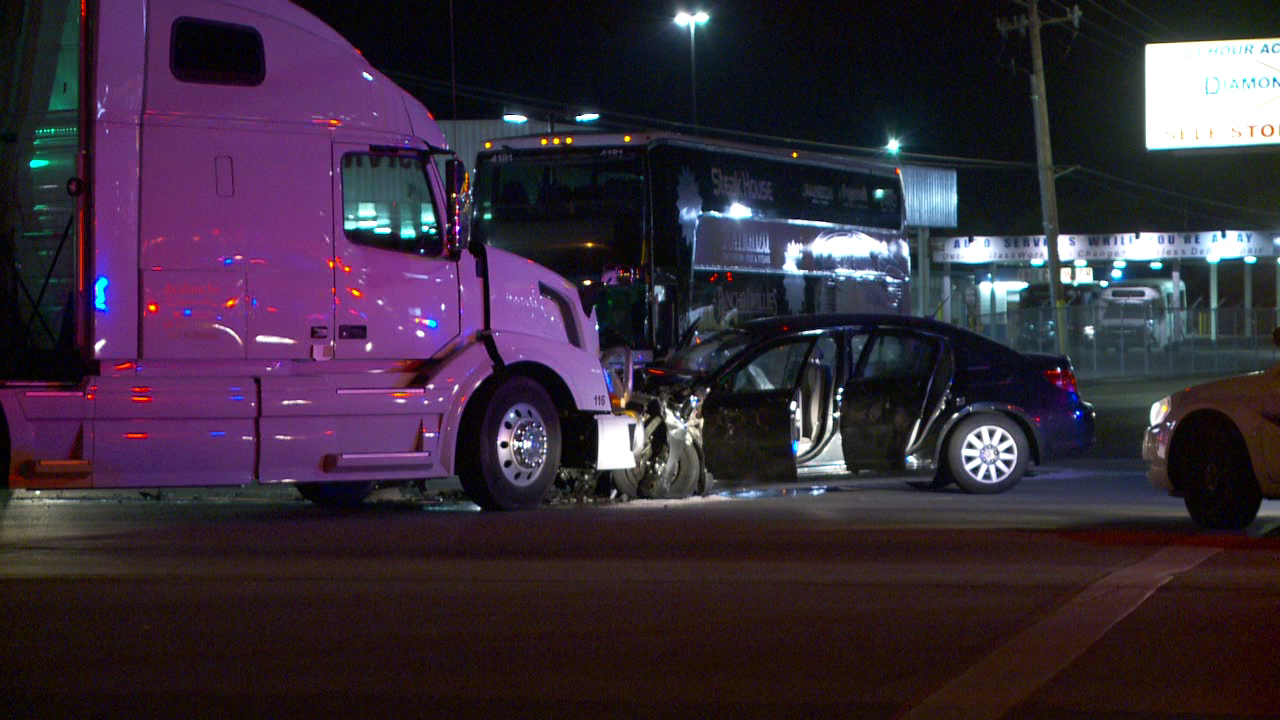 SALT LAKE CITY — A woman and her three young children were transported to a hospital Sunday night after a crash involving their vehicle and a semi-trailer, and police said at this point they believe the woman ran a red light.

“It appears at this point, although the investigation is still ongoing, [the car] ran the red light at South Temple as a semi truck was making a left turn onto South Temple from Redwood Road, so, it was a head-on collision,” he said.

Kaufmann said the woman and her children were taken to hospitals, with some of the children having suffered serious injuries. While he did not have specific conditions for each victim, Kaufmann stated:  “They all sustained injuries, nothing life threatening at this point.”

“Unfortunately, none of the children were restrained in seat belts,” he said.

Kaufmann said the crash is under investigation, but he said at this point there are no obvious signs of impairment.

The identities of those involved have not been released.