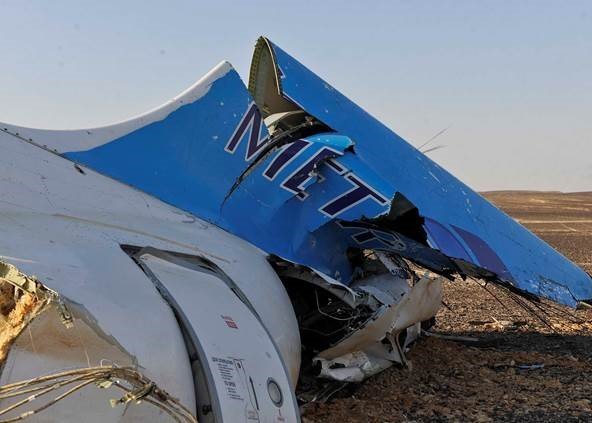 (CNN) — The United States appears to be increasingly confident that a terrorist bomb brought down the Russian passenger jet that broke apart over Egypt.

The growing belief was indicated by several senior U.S. officials in the intelligence, military and national security community who spoke to CNN.

The remarks are stronger than those made by President Barack Obama Thursday when he said there was “a possibility” a bomb was on Metrojet Flight 9268, which disintegrated over the Sinai Peninsula October 31, killing all 224 people aboard.

The plane departed the Egyptian resort city of Sharm el-Sheikh and was headed to St. Petersburg.

The growing confidence in the bomb hypothesis comes as Russian authorities continue to fly home the remains of victims for identification.

A fourth Russian government plane carrying victims’ remains flew Sunday from Cairo to St. Petersburg, where a memorial service was held at the city’s St. Isaac’s Cathedral. The cathedral’s bell was rung 224 times, in memory of each victim.

So far, the remains of 58 victims have been identified through DNA testing, Russian state broadcaster Russia 24 reported.

Russian Deputy Prime Minister Arkady Dvorkovich said Sunday that a second and third group of Russian security experts will depart Moscow soon and they will check all major airports in Egypt.

The communications were captured by Israeli intelligence focused on the Sinai, and passed along to the United States and Britain, the sources said.

Egyptian officials, who are in charge of the main crash investigation, have taken a more cautious line on the bomb theory, with Ayman al-Muqaddam, the head of the investigation, telling reporters Saturday that “all the scenarios” remained on the table.

“We don’t know what happened exactly,” he said.

Muqaddam said Egypt had not been provided any information or evidence tied to reports suggesting that a bomb took down the flight, and urged the sources of the reports to pass along related evidence to Egyptian investigators.

But if some of the intelligence is Israeli in origin, it could be an impediment to intelligence sharing over the crash.

The belief that a bomb was most likely to blame centers to a large extent on British and U.S. intercepts of communications after the crash from the Islamic militant group ISIS’ affiliate in Sinai to ISIS operatives in Syria, according to officials.

The Sinai affiliate has publicly claimed responsibility for downing the Russian jet, which was flying from the Red Sea resort of Sharm el-Sheikh to St. Petersburg, but so far hasn’t explained how it was done. That’s prompted questions about the claim among some observers, considering ISIS’ tendency to often publicize its acts for propaganda value.

The ISIS messages monitored by British and American intelligence agencies are separate from the group’s public claims, a U.S. official has said.

The two Western countries have been analyzing the specific language in the chatter to determine to what extent the operatives were talking about the type of bomb and detonator used, and whether that language was a true representation of what happened, one official told CNN.

Several officials said it’s the specificity of the chatter that has directly contributed to the U.S. and British view that a bomb was most likely used.

But officials in Washington and London don’t have all the pieces of the puzzle at their disposal. Neither country is directly involved in the Egyptian investigation into the crash or has physical evidence from it to examine.

Talks between the United States, Egypt and Russia could result in the FBI providing some experts, particularly bomb technicians, to assist in the investigation, according to a U.S. official.

The investigation does include experts from Egypt, Russia, France, Germany and Ireland — countries that are connected in various ways to the aircraft that crashed, an Airbus A321-200.

The TV station France 2 reported Friday that European investigators who analyzed the cockpit voice recorder and flight data recorder from Flight 9268 are saying the crash is not an accident.

The investigators said the cockpit voice recorder indicates an explosion, and the flight data recorder shows the blast was not accidental, according to France 2, a CNN affiliate.

Muqaddam, however, was more circumspect in his comments Saturday on the contents of the flight recorders.

He confirmed a noise was heard in the final second of the cockpit recording as the aircraft was on autopilot and ascending. But he offered no description of the sound, saying a specialized analysis would be carried out to identify it.

The crash might have been caused by a lithium battery or a mechanical issue, Muqaddam said, noting that the investigation was being hampered by bad weather.

Amid concerns over what happened to Flight 9268, Russia and Britain have suspended flights to Sharm el-Sheikh and have been working to bring citizens home from the resort, while other countries have issued travel warnings.

Passengers flying back to Britain or Russia are traveling without their checked luggage, which is being transferred to cargo planes immediately on check-in — a reflection of fears that the Russian plane was brought down by a bomb placed in the luggage hold.

The British Foreign and Commonwealth Office says there is “a significant possibility that the crash was caused by an explosive device.”

Russia, which initially played down suggestions that the crash was caused by terrorists, is using its own cargo planes, while the UK is using Egypt Air cargo planes, according to Egypt’s Civil Aviation Ministry. Three cargo jets filled with luggage departed Sharm el-Sheikh Saturday, with a similar number anticipated Sunday, the ministry said.

Russia has flown 11,000 tourists home from Egypt in the past day, Dvorkovich said Sunday, according to Russian state media, with 55 more flights scheduled later in the day.

The UK’s Department for Transport said that 1,945 passengers returned to Britain on nine flights Saturday, with eight more flights scheduled to return Sunday.

A backlog of about 4,000 British vacationers who had been due to travel home Wednesday and Thursday remain stranded at the resort, according to the Association of British Travel Agents.

U.S. Homeland Security Secretary Jeh Johnson told CNN that officials were taking “precautionary interim steps” to increase security on international flights into the United States during the investigation of the Egypt air disaster.

“ISIL is out there now active in a lot of different areas and, while this investigation is pending and because we have this group claiming responsibility, we believe it’s significant to do these things on an interim basis,” he said, using an alternative name for ISIS.

Johnson said authorities are evaluating whether additional measures were necessary.