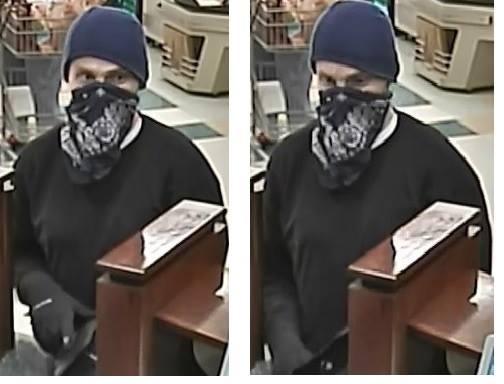 The robberies occurred at the same location at the US Bank inside a Smith’s Grocery Store, located at 5620 W. 4100 South. The first incident occurred on Oct. 23 and the second on Nov. 6.

Police say the robberies are very similar and detectives are looking at whether the suspects in the case could be the same person.

Police say the suspect in both cases appears to be a white man about 6 feet tall with a medium build. The suspect uses a bandanna to cover half of his face.