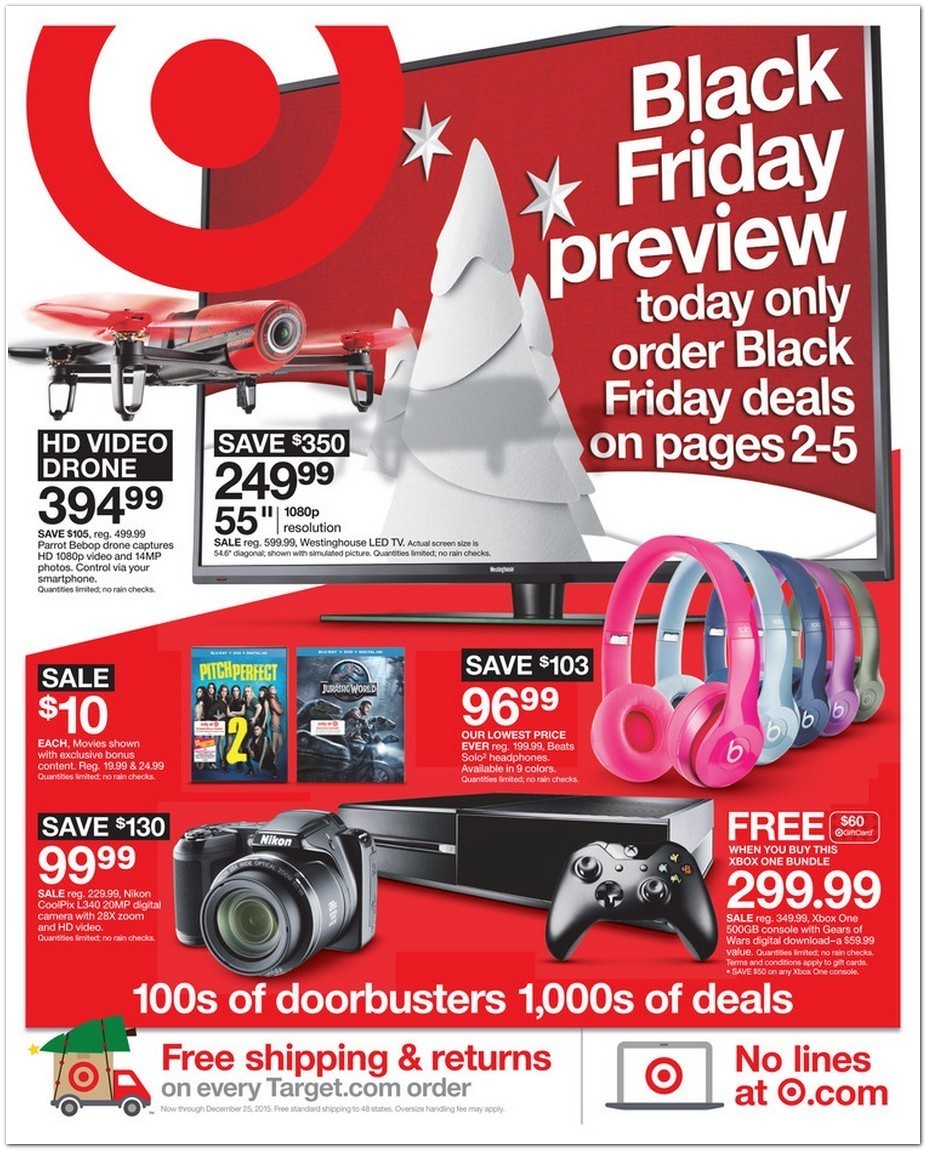 A little more than two weeks before Black Friday, one of the most anticipated ads is now online, and the internet is losing its mind over it.

Target released its 2015 Black Friday ad on Monday. The store will open its doors at 6 p.m. on Thanksgiving.

Shoppers who spend $75 on Black Friday (not on Thanksgiving) will get a 20-percent-off coupon good for purchases made Dec. 4-13.

Shoppers looking to purchase from the store’s “Holiday Shop” will get 50 percent off $100 or more — but only for purchases made on Saturday.

Target also announced 27 deals that you can buy on Monday, November 9th at Black Friday prices (while supplies last).