Car with body inside, both missing since 2006, was visible on Google Maps

BYRON CENTER, Mich. — Employees at a Michigan funeral home were using a lift to decorate a tree for the holidays when they saw the roof of a car in a nearby pond.

According to a report by FOX 17 in west Michigan, the car was pulled from the pond, in the 2000 block of 84th Street SW near Byron Center Manor, and Kent County sheriff’s deputies discovered a body inside the vehicle.

The submerged car is visible in satellite images, such as those available from Google Maps and Bing Maps. (See gallery below.)

WOOD-TV reports the body is believed to be that of Davie Lee Niles. The Kent County Sheriff’s Office is waiting for the results of DNA and dental records tests to confirm the identity of the body, but the car belonged to Niles and his wallet was also found inside.

“For us today, it’s a closure of a long search,” Niles’ son-in-law, Scott Hathaway, told WOOD-TV on Tuesday. “Why God waited nine years, I have no idea, but we’re happy.”

Kent County Sheriff’s Lt. Ron Gates told WOOD-TV it isn’t clear what happened, but they do not suspect foul play.

“I don’t know that we’re ever going to be able to determine if it’s suicide or accidental,” Gates said in an interview for WOOD-TV. “[It’s] pretty bizarre.” 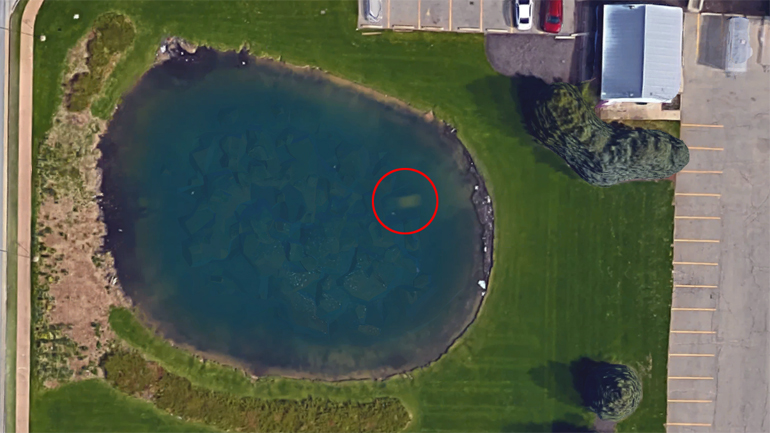