Police seek suspect after US Bank robbed in Millcreek 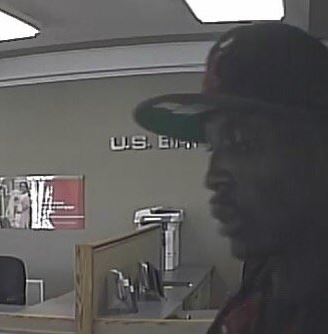 MILLCREEK, Utah – Police are searching for a man who allegedly robbed a US Bank in Millcreek Thursday afternoon.

According to the Unified Police Department, the suspect entered a US Bank at 888 East and 4500 South around 12:45 p.m.

The man handed a teller a note demanding money, and the note indicated the man had a gun. The teller complied, and the suspect fled with an undisclosed amount of cash.

The suspect, pictured above, was seen leaving in a red passenger car, traveling northbound on 900 East.

The suspect is described as a black man with a slender build who stands about 6-feet tall. Anyone with information about the robbery is asked to contact Unified Police Department. Non-emergency dispatch can be reached at 801-743-7000.