WEST JORDAN, Utah -- Officers have identified the man who died Sunday evening in a crash in West Jordan as 77-year-old Oscar Cordova-Cruz.

Cordova-Cruz was killed and two others were injured in when a pickup truck ran a red light.

Police said impairment may have been a factor in the crash.

Lt. Richard Bell, West Jordan Police Department, said they responded to a crash at the intersection of 5600 West and 7800 South at around 6:30 p.m. Sunday.

“When officers arrived, we found that a white Toyota pickup truck collided with green Nissan Altima sedan," he said. "The driver of the sedan was deceased when we arrived on scene."

A passenger in that sedan and the 18-year-old driver of the pickup truck were rushed to hospitals.

Bell said he wasn't sure of their exact conditions but he said the injuries are not believed to be life-threatening.

“The white pickup truck ran a red light," Bell said, citing witnesses who remained on scene after the crash. "It was eastbound on 7800 South. The green passenger car was northbound on 5600 West and was T-boned by the truck."

Bell said they are investigating the possibility the driver of the pickup truck was impaired.

"There are some indications that drugs may have been involved in this, but we don’t know at this point the extent," Bell said.

The intersection was closed as investigators went over the crash scene.

Bell said those investigators will determine things like the speed of both vehicles at the time of the crash and specific details about what lead to the collision. 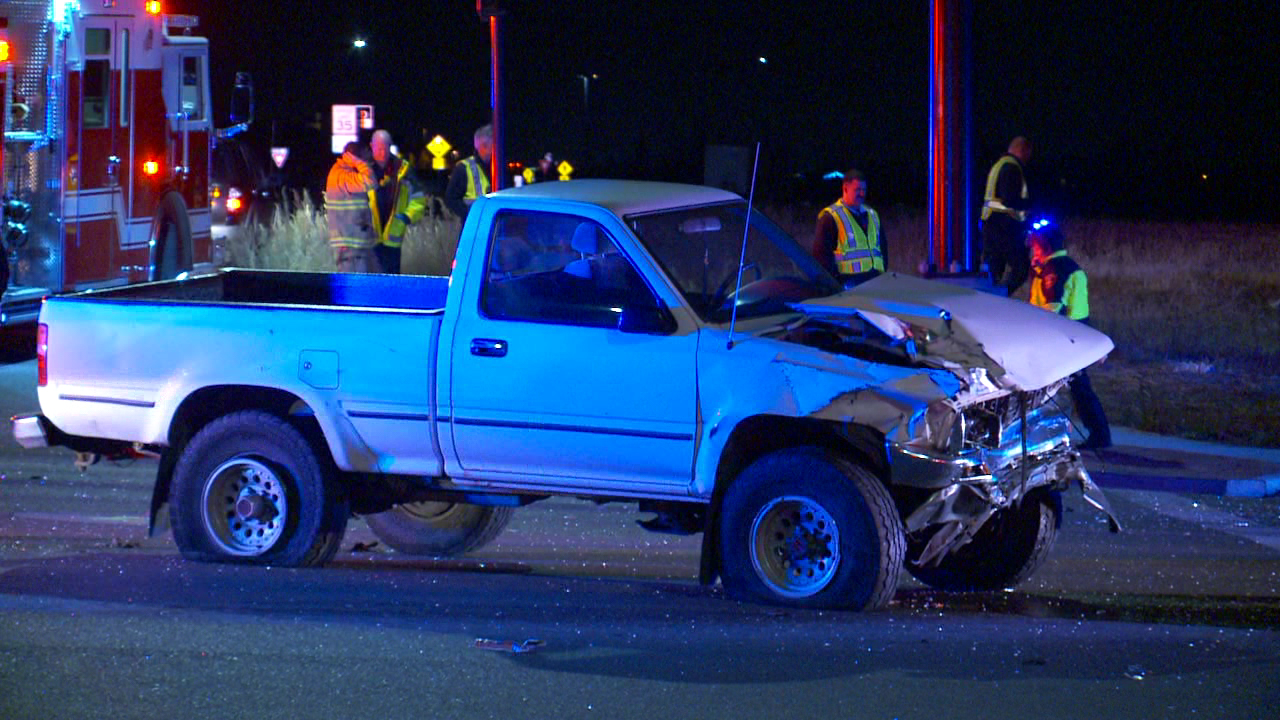