Man gets up to 5 years in prison for abuse, death of Provo infant

PROVO, Utah - Sentencing for a Utah County man convicted for his role in the death of his girlfriend’s baby took a surprising twist.

A judge ignored a sentencing recommendation and gave Joshua Harding the maximum.

Harding sat in silence at the Fourth District Courtroom in Provo as his attorney and family members begged the judge to place him on probation for the death of 3-month-old Paxton Stokes.

On Nov. 27, 2012, Harding was babysitting Paxton when police found the baby unresponsive. The baby later died at the hospital.

Court records show the infant had bruises and abrasions on his face. The medical examiner determined Paxton died from “non-accidental closed head injuries.” 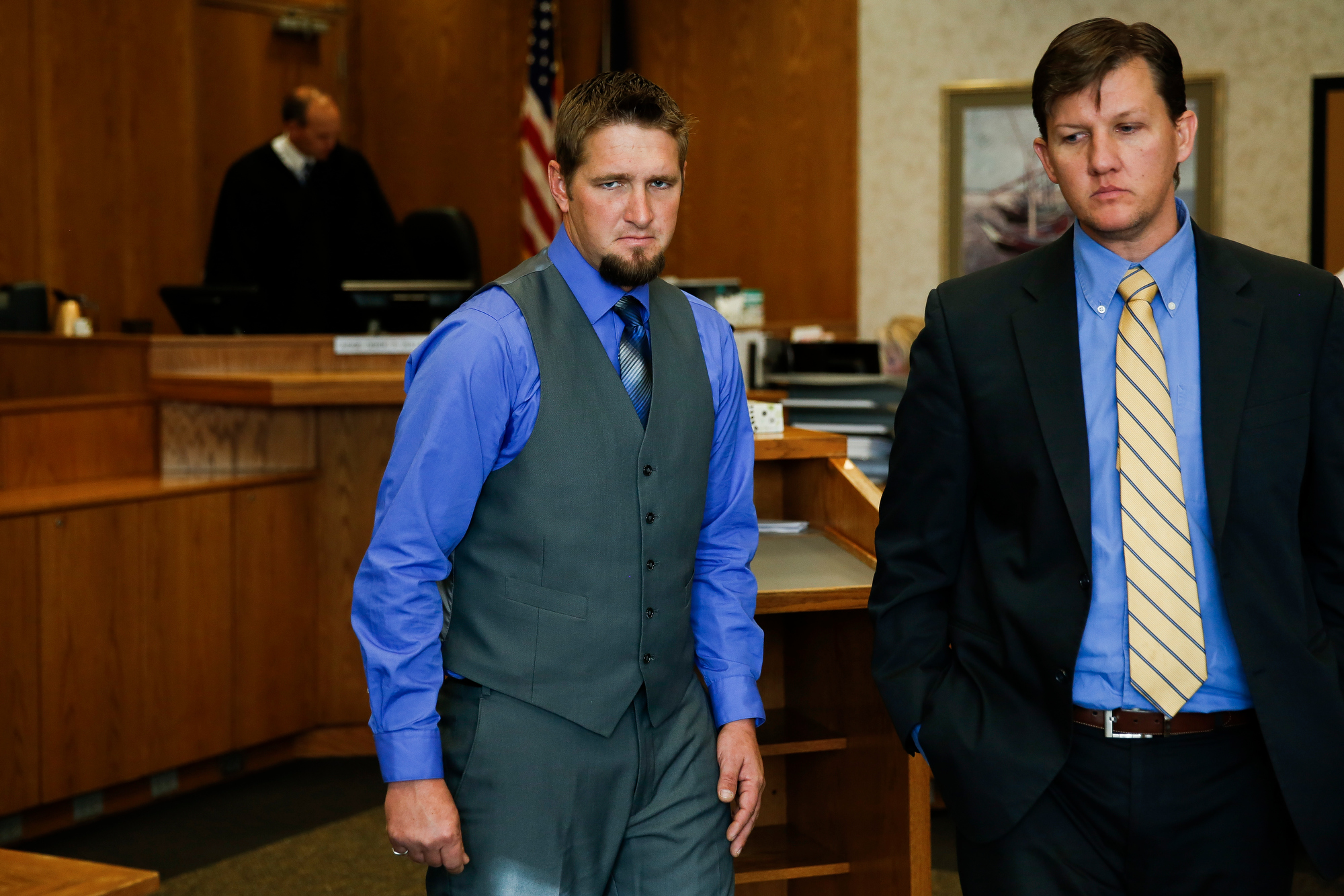 Brown was eventually placed on probation for child endangerment. Harding pleaded no contest to third-degree child abuse felony, and negligent homicide, a misdemeanor. In court, Brown pleaded with the judge to give Harding the maximum sentence.

Judge Derek P. Pullan sentenced Harding to zero to 5 years in prison for the felony, and a year for the misdemeanor.

“My hope is that time can bring both families some peace and closure and perhaps the sentence is imposed today can bring an end to what’s been a painful three years,” Pullan said.

Unhappy with the sentence, Harding’s uncle yelled at Paxton’s family members during sentencing and was held in contempt of court.

Harding’s uncle apologized to the judge and was allowed to leave without being arrested.

Paxton’s family left the courtroom without a word, while Harding’s family couldn’t mask their emotions.

Harding has 30 days to appeal his sentence.