SALT LAKE CITY - Fire crews said the two-alarm fire at at Salt Lake building may have been started because of possible meth lab and they are taking extra precautions for that reason.

Officials said they know the building contained a meth lab years ago; however, they have not confirmed if it contains a meth lab now.

Fire investigators have info that this building was a meth lab 10 years ago, but there is no credible info now that there was a lab present.

Fire investigators consulted with DEA on history of building, and also talked with building owners.

The building was boarded up and meant to be vacant. There are signs of transient activity inside the building.

Fire crews have not entered the building yet and have taken a defensive stance on the fire because they are concerned it could be a meth lab.

Officials have evacuated buildings and homes in the area as a precaution.

Businesses and homes directly southeast of the fire have been evacuated.

Authorities were called to the blaze around noon Wednesday.

Signs on the building claim it housed a shop that sold candles, oils and incense at one time.

So far, no serious injuries have been reported.

Officials have not confirmed what started the blaze. 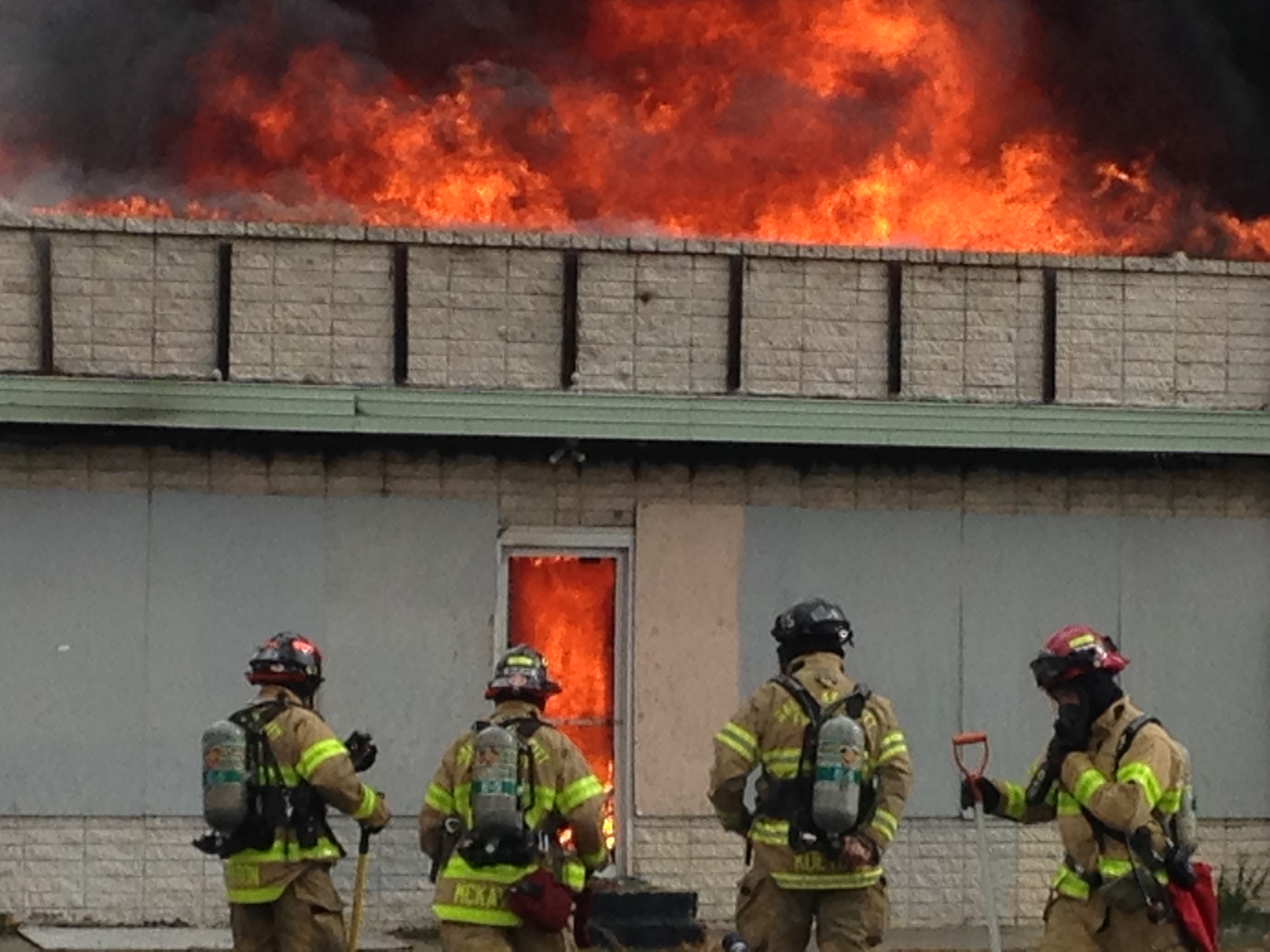