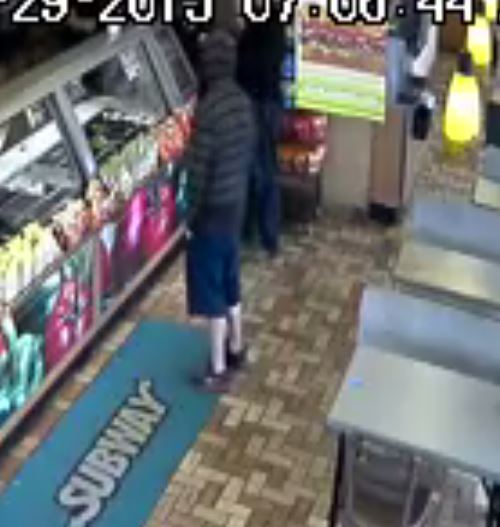 The armed robberies occurred in Millcreek and Holladay. The first robbery took place on Oct. 28 at a store on 4500 South. According to Unified police, the suspect walked into the store, threatened the clerk with a knife and demanded money.

The suspect left the store with an undisclosed amount of money and fled the scene in a grey four-door Chrysler passenger car.

On Oct. 29, a robbery at a Subway on Highland Drive was reported. Police say the circumstances of the crime was similar to the robbery that occurred the day before.

Surveillance footage released by police reveal the suspect is a Caucasian man, about 5 feet 7 inches tall, with some brown facial hair.

During one of the robberies he wore a black and grey hoodie, blue shorts, grey shoes, baseball cap and sunglasses.

Anyone with information regarding the identity of the suspect is asked to call UPD Violent Crimes Unit at 385-468-9814.