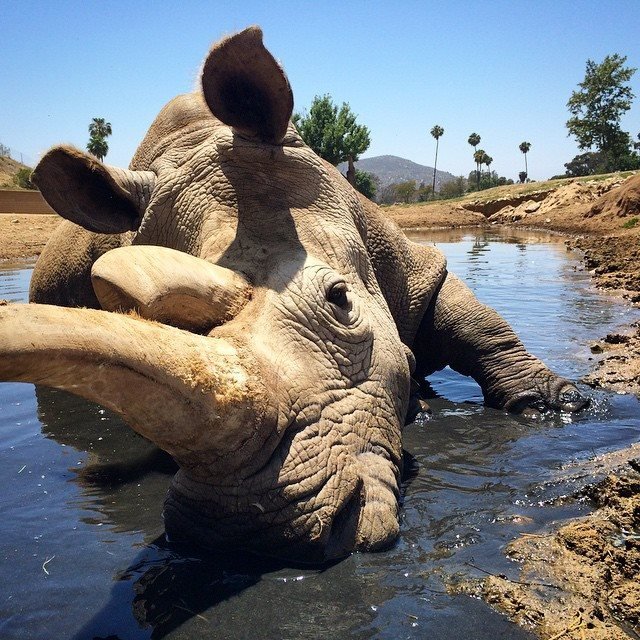 (CNN) — The world’s northern white rhinoceros population plunged by a quarter on Sunday with a death at the San Diego Zoo Safari Park.

Nola, a 41-year-old northern white rhino, died after being treated for a bacterial infection and age-related health issues, the zoo said.

The rhino’s condition had worsened significantly in the last 24 hours, and zoo veterinarians made the decision to euthanize her.

Forty-one years is at the upper end of a white rhino’s life expectancy.

Nola was one of only four northern white rhinos in the world, according to the zoo. The remaining three are in the Ol Pejeta Conservancy in Kenya.

Rhinos are the second largest land mammal after the elephant.

The San Diego Zoo is working to save the northern white rhino subspecies through the collection of genetic material and the development of assisted reproductive technologies.

The zoo tweeted about Nola’s death Sunday: “We’re devastated by the loss of Nola.”