LOGAN, Utah -- A woman pulled from an icy Logan river has a Good Samaritan, emergency rescue workers, and maybe a little help from above to thank for her recovery Monday night.

Jamie Stokes was traveling down I-89 in the Logan Canyon, around 10 a.m. when the car in front of her suddenly swerved off the road, and into a river.

"She just spinned, and slowly tipped upside down into the water," said Stokes, who helps out on the ambulance at nearby Bear Lake.

Stokes jumped out of her car and toward the icy river, despite being seven months pregnant.

"Her wheels were still spinning," Stokes said. "I think she still had her foot on the gas."

Stokes ran toward the screams coming from the car, and as she got closer, she noticed the driver sitting upside down, with her head bent upward, just above the water.

"She was strapped in with her own seatbelt," Stokes points out. "She's holding her head up, and I know the second she goes unconscious she won't be doing that. I tried to get the doors open." 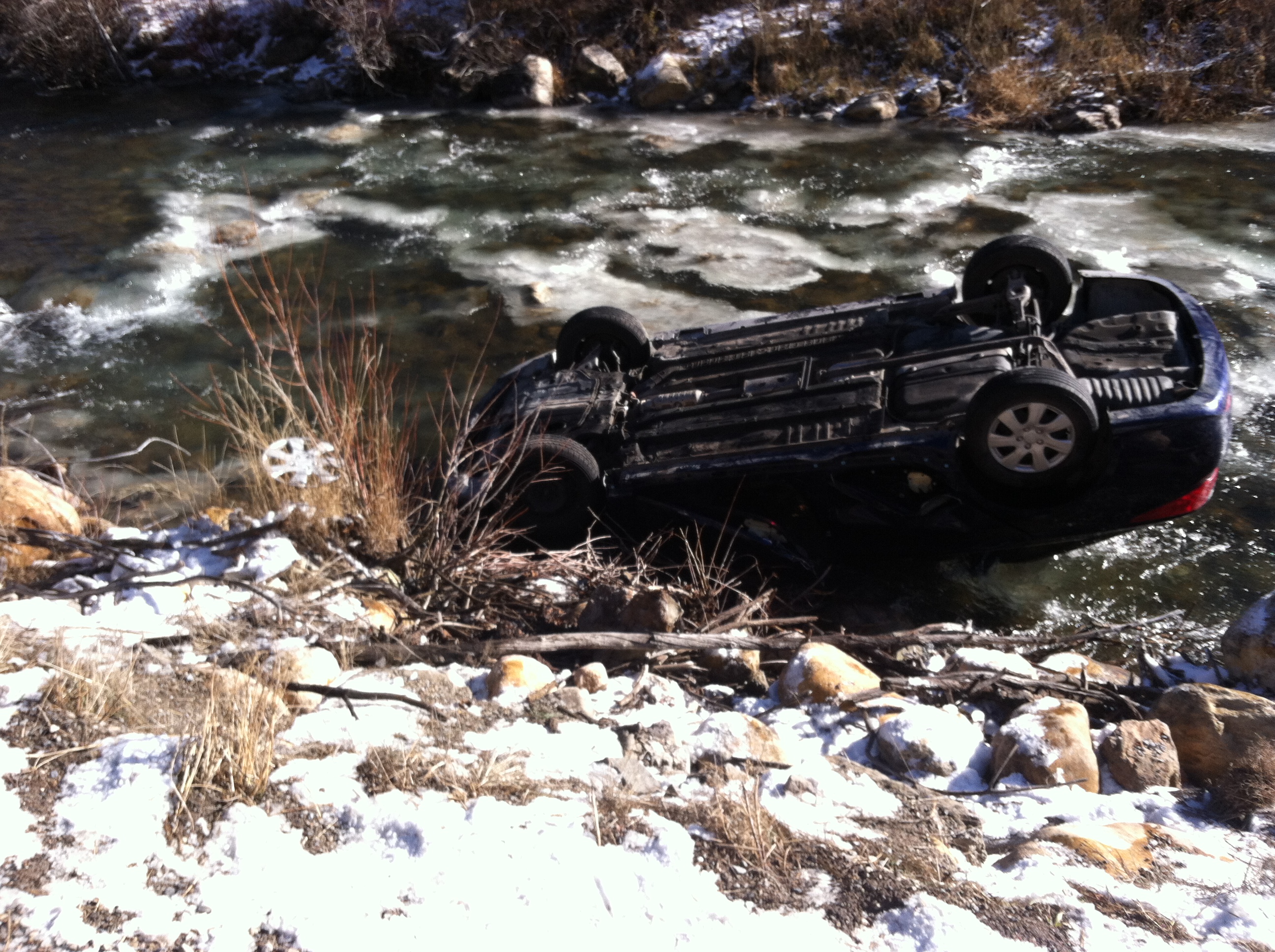 As hard as she tried, she could get the doors open. So, she tried to call for help, but in the Logan Canyon, reception isn't available. After waiting five minutes on the road for help, a car suddenly passed by. Fortunately for Stokes and the trapped driver, she learned that accident crews were just a couple miles further down the canyon. They had responded to two previous crashes earlier in the day.

"I got on top of the vehicle and tried to pry open the door and she quit screaming," said Utah Highway Patrol Trooper Russell Handley.

With the help of two fire fighters, Handley broke out the back window, crawled in and cut the seatbelt. The rescue workers then pulled the driver to safety.

"When we talked to her later at the hospital, she said she was tired of trying to hold her head up to the point where she said she didn't know if she could do it any longer," Handley points out.

The driver remained in Logan Regional Hospital Monday afternoon recovering from hypothermia. But Stokes knows the outcome could have been much worse

"Fortunately for her, there was an accident just right down the street," Stokes said. "It would have taken the firetruck at least another 20 minutes to get up here if they weren't already up here."