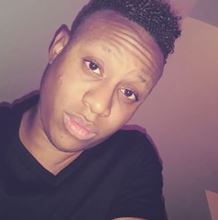 UPDATE: The suspect in the stabbing was arrested after SWAT responded in Layton Thursday.

LAYTON, Utah — Police are seeking the public’s help in locating a suspect in a stabbing in Layton Tuesday night.

At about 6:20 p.m., Layton police responded to an address in the vicinity of 1900 North and about 50 West on reports of stabbing. It is believed that a 32-year-old man was stabbed by 27-year-old Jacquan David Wilson.

The victim was taken to an area hospital for treatment. His condition is unknown.

Anyone who might know the whereabouts of Wilson is asked to call Layton City Police at 801-497-8300.